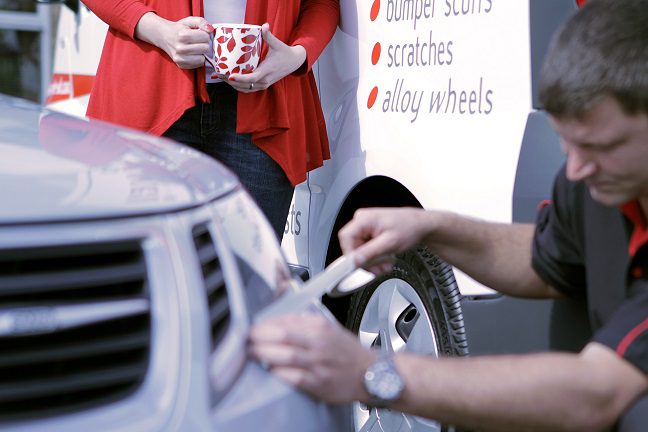 The latest AA – Populus poll reveals that poor bodywork is the number one reason why buyers walk away from buying a used car.  Across all regions of the UK over 38% of AA members questioned put appearance top of their buying criteria.

Commenting on this finding Mark Llewellyn, Managing Director of the UK’s largest network of mobile smart repairers said: “I’m not surprised. The external appearance of a vehicle is probably one of the most important factors people consider when buying a used car yet I’m always surprised at how many people don’t bother to fix minor scuffs and scrapes to bodywork and alloy wheels before putting their car on the market.

“As a result of the record number of new cars being bought at the moment there’s also a massive stock of used cars out there for sale. It’s a buyer’s market and only the best quality cars will achieve anywhere near their book price.

“Investing a relatively small amount of money to fix minor damage is well worth it to avoid turning buyers off at first glance and boost both the appearance and the value of your car.”

According to the research the Welsh are the fussiest when it comes to the car’s condition, while Londoners seem to be the least selective.

Over 65 year olds responding to the poll were less concerned about a car’s condition whilst 18-24 year olds said they would be least likely to buy if the bodywork and interior of the vehicle were in poor condition.

It was also revealed that almost a third of potential buyers have walked away from a car because it didn’t feel right on a test drive and the same number dropped out because of a less than perfect interior.

Almost a quarter of those surveyed said that smells such as cigarette smoke, sick and wet dog fur were a turn off.

Revive! specialises in repairing scuffs and scrapes to vehicle bodywork and alloy wheels. Customers include car dealerships, manufacturers and private motorists. Cosmetic repair is a top quality, cost effective and time-saving alternative to taking the vehicle to a bodyshop. Costing far less than the average insurance policy excess, the work is carried out at a time and place to suit the customer, minimising vehicle downtime and protecting the owner’s no claims bonus.