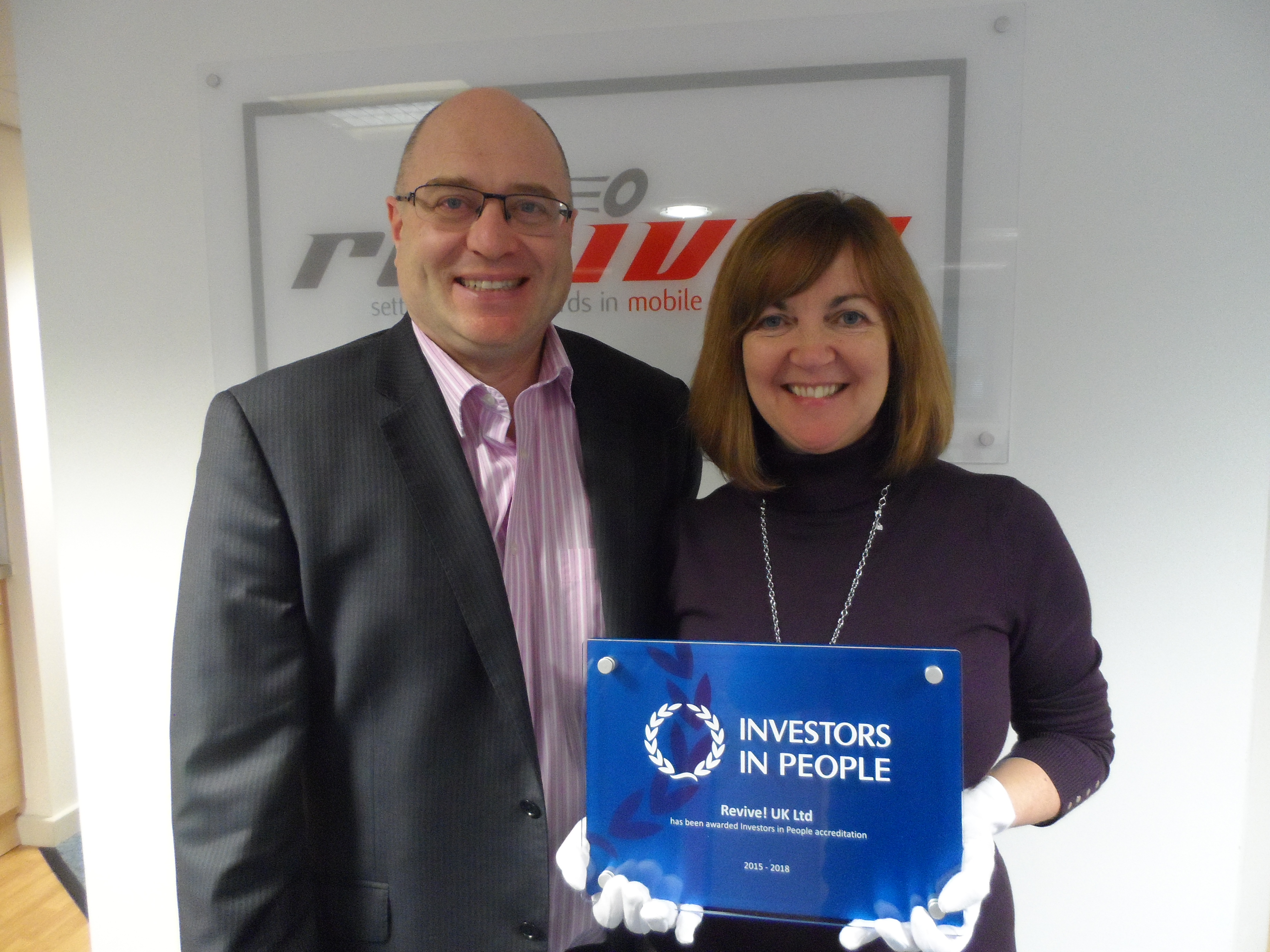 The business which has its headquarters in Rugby spent the past 18 months putting systems and procedures in place to meet the rigorous IIP criteria which focuses on how organisations lead, support, manage and develop their people.

Said operations director Terry Mullen: “ It’s a cliché I know but a business is only as good as the people working within it, and our people are our greatest asset.  We have always invested in our people but when a business grows as quickly as ours has done it’s important to put in a framework that ensures each individual gets the support and training he or she needs to reach their full potential.  In the early days when we only had a few employees it was easy to see how they were doing and chat through any issues as they arose.  But as numbers grew and we opened a second office those informal ad hoc ways had to change. “

To achieve IIP accreditation Revive! had to put together a portfolio which was assessed by an outside accreditation body. Terry and her business partner, Managing Director Mark Llewellyn were recently presented with their IIP plaque by Bob Morrison.

Continued Terry: “Working towards the IIP accreditation helped us look at the way we do things and develop a structured system for staff development, management and motivation.

“We embraced the whole experience and can already see the benefits. People have always enjoyed working here but the feedback we are getting tells us that the new systems we have established has helped to make Revive! an even better company to work for.”

New initiatives include an employee of the month award where nominations are invited from colleagues to name the Revive! member of staff who deserves the accolade.  Winners receive shopping vouchers and details of all the nominations are shared with the whole team.

One of the first to win the Revive! Employee of the Month Award was Amanda Paul from the Revive! customer service team.  She received three separate nominations one of which read: “Incredible commitment to the success of all team members and ongoing issues.  Always there to support any member of the CS team.  Hard worker. We all love Amanda in CS team”

Revive! places great emphasis on training. It led the way in campaigning for higher standards within the vehicle paint repair industry and was part of the working party that developed a new Institute of the Motor Industry (IMI) accreditation for cosmetic vehicle repairs. It has its own IMI approved training centre in Rugby where its head office is also based nearby on Bilton Road.

Want to join the UK experts in minor car body repairs? Check out our careers page.