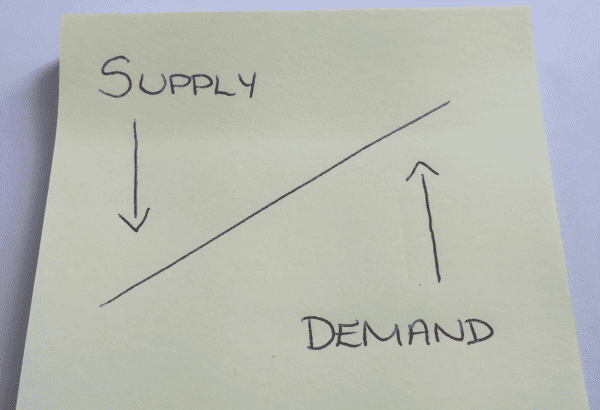 The recent SMTT report revealed a record number of new vehicle registrations during March 2016, as car sales have now surpassed the pre-recession figures. At the same time the figures show one of the significant changes since the recession – over 80% of vehicles were purchased on finance.

This seems to be one of the key innovations that car manufacturers have brought in to keep car sales moving in difficult times. It has been a huge success with customers. Now with the recession well and truly over the glut of cars on finance or PCPs (personal contract purchase) has buoyed the used car sector, but at the same time customers need to be careful about the end of life condition.

There is an opportunity for car dealers to provide support to the customers and engender goodwill – and at the same time differentiate themselves in a strong market place by providing a clear end of life Smart Repair programme.

Customers were warned in September 2015 that dealers were becoming more strict about end-of-life recharges as used vehicle values come under increasing pressure. Glass’s Rupert Pontin, head of valuations, quoted in Bodyshop Magazine said that “damage to cars was becoming more of an issue as the used market became more exacting about vehicle condition. Common repairs that will come under greater scrutiny were generally work that could be repaired using Smart Repair methods” Rupert explained. “We have been operating in a market for a number of years where stock has been in short supply. That has meant that trade buyers couldn’t afford to be too choosy about minor vehicle damage.

“However, this is changing. There is more stock around and the choice is growing every day. Increasingly, this means that trade buyers can pass over vehicles that are a little untidy. This, in turn, puts pressure on those selling vehicles to ensure that recharges are being enforced for PCP customers.”

Rupert said that the issue was problematic because PCPs were, after all, designed to increase customer loyalty to the dealer and manufacturer. he said, “If a customer is hit for a bill running into several hundred pounds when the car is returned, it doesn’t exactly generate goodwill.”

Pontin added that the situation needed to be managed by the dealer throughout the vehicle’s lease period, highlighting the need for drivers to take care. Rupert explained, “It is up to the dealer to explain to the customer exactly what is expected in terms of fair wear and tear. Plus, every time they see the vehicle – for servicing or tyres – they should highlight any damage that is likely to incur a cost at the end of the PCP. In this way, customer expectations have been controlled.”

To maintain profit margins dealerships need to get the balance right between how much they spend on used car prep and the potential sale price of the vehicle. Keeping vehicles moving is the key – so for cars in the first budget tier it makes sense to do nothing to the car and move it on quickly through the trade.

The claims made by stated in 2015 are reiterated by the RAC in February 2016. There is predicted to be an increase in the amount of high quality stock in the used car market which is putting dealers under more pressure to differentiate their offering according to RAC.

With availability of good vehicles likely to be at its highest than at any point since the recession, RAC head of dealer propositions, Mario Dolcezza, said, “Industry experts are rightly, in our view, saying that 2016 will be a good year for the used car market but one where margins will come under pressure as better stock becomes more plentiful.”

The realities of the current used car market mean that there are a number of potential possibilities for dealers to make the most of Smart Repair options:

Revive! have worked with dealer groups to develop a clear end of lease programme for PCP customers that is both transparent for the driver – therefore engendering the loyalty desired by manufacturers and dealers and at the same time being cost effective for drivers.