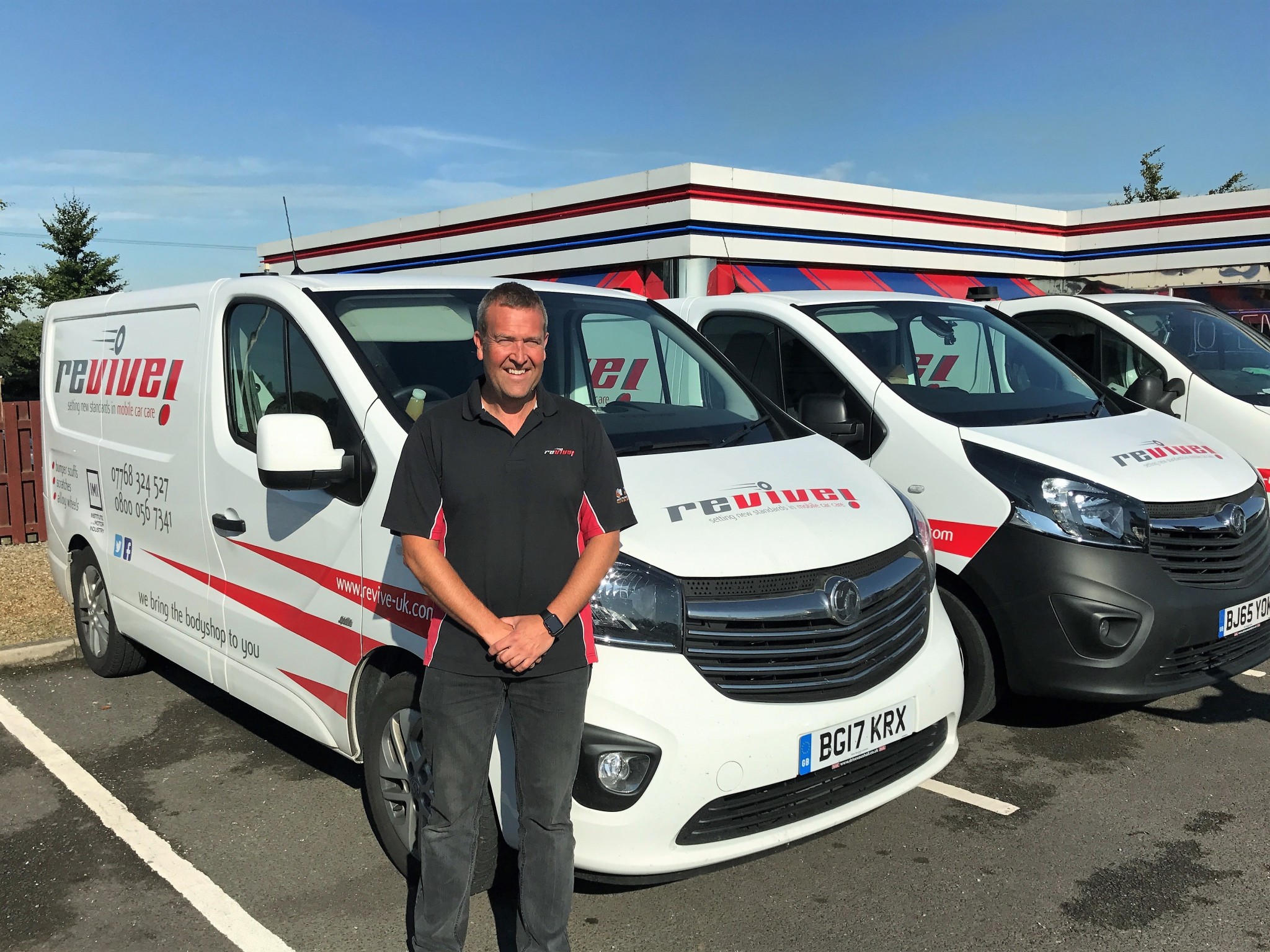 It is one of four finalists hoping to win the SME Business of the Year category in the Lincolnshire Media Business Awards 2017. The winner will be announced at an awards dinner later this month.

Owner of Revive! West Lincs Russell Hudson and his team are on track to hit £1m turnover by the end of next year. Currently employing eleven people, the franchise has eight mobile repair vans and two specialist wheel vans on the road.

Said Russell: “We’re delighted to have been shortlisted for this award. We have had one of the best trading years ever and I felt that our award submission was strong. Even so it was a big surprise to hear that we were one of the finalists. We’ve got a great team of people here at Revive! West Lincs and it’s all credit to them that our business has been recognised as one of the best in Lincolnshire.”

Russell set up the business in 2006 following a career in corporate hospitality. He’d always had an interest in cars, and made the decision to work for himself after starting a family. Initially he trained as repair technician and operated his own van, quickly progressing to taking on more technicians and vans as the business grew.

He explained: “I always had ambitious growth plans for the business, but I knew I had to start hands-on to properly understand the industry. Today I mainly focus on business development and managing the fleet, but I still step in to carry out repairs if we’re short staffed. Customer service and reliability are paramount.”