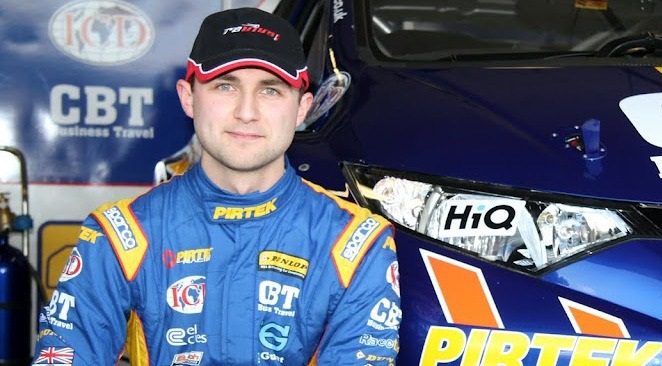 We are delighted to announce that Revive! will be sponsoring BTCC racing driver Andrew Jordan once again for the 2017 season.

This year he was named Independent Driver for the third time and he’s set his sights firmly on regaining the title he won in 2013 by moving to the award-winning West Surrey Racing team and a driving a brand-new car a BMW 125i M Sport.

Commenting on the sponsorship Revive! managing director Mark Llewellyn said: “Andrew has almost become part of the Revive! family! We’ve sponsored him for the past five years and have always been impressed by his determination to succeed, willingness to adapt to change and his professional approach throughout.

“He is an excellent brand ambassador for Revive! and we look forward to another thrilling year. His move to WSR is exciting and we hope that 2017 will be the year Andrew Jordan regains his championship title.”

Said Andrew: “Once it became clear that I wouldn’t be staying with Motorbase for a second season, we considered the options that were available and there was very quickly no doubt in my mind that West Surrey Racing was where I wanted to be.

“It was an incredibly easy deal to do and to have signed up for two years is fantastic not only for myself, but also for Revive! Pirtek and my other sponsors, as we know there is the continuity to build something special across the next two years.

The opportunity to work closely with a brand like BMW is also extremely exciting and something I am looking forward to.

“It’s been clear to see in recent years how good the BMW package is and I can’t wait to get behind the wheel to start testing. Having only raced a front wheel drive car in the BTCC, it will be interesting to compete with rear wheel drive for the first time in my touring car career, but I’m looking forward to the challenge and will go out of my way to learn as much as possible from the best rear wheel drive touring car team there is.

“I have no doubt that the Revive! colours will look as fantastic as ever on the BMW and I can’t wait to get started.”