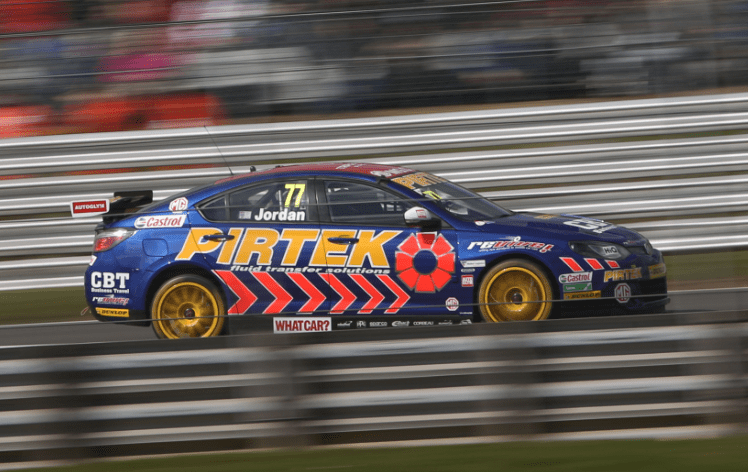 Revive! sponsored Andrew Jordan has secured an extended 3 year deal with Pirtek Racing in the BTCC, taking the partnership through to the end of the 2018 season. The completition of the new deal means that Andrew will be competing for championships with the full backing of the Pirtek team for another three seasons.

The Jordan – Pirtek sponsorship deal is now one of the longest sponsorship arrangements in British racing. The initial deal was struck in 2004 with Andrew and father Mike, which later evolved into a commitment to becoming the title sponsor of Andrew’s BTCC car. It was in 2004 that Pirtek invested in Andrew during his early racing career in Junior Rallycross when he was just 15 years of age.

“There is tremendous loyalty from both sides of this partnership and I’m extremely proud to extend our contract with Pirtek for another three seasons,” commented Andrew. “I’m absolutely delighted to be able to plan ahead with the knowledge that I have a proactive, supportive and incredibly enthusiastic sponsor alongside me. This long-term commitment will allow me to be in the best position to challenge for more race wins and another BTCC title.”

Tammie Argent-Peters, Pirtek’s Marketing Manager mirrors Andrew’s views: “When we first agreed to sponsor Andrew he was an exciting but unproven prospect. But together, we have seen him grow to become one of the sport’s leading and most popular contenders. What started out as a pure sponsorship arrangement has evolved to become a true working partnership. As a direct result of that partnership we have seen our brand recognition sky-rocket, we have enjoyed incredible levels of TV and trackside exposure and we are now a championship-winning team that will continue to compete at the highest level for years to come.”

As an Andrew Jordan sponsor, it is great to see Pirtek highlight their confidence in Andrew’s ability to compete as a championship contending driver by tying together for another three seasons. As a BTCC fan, or sport fan in general, it also refreshing to see the amount of loyalty between sponsor and sponsored. This is all a testament to Andrew’s hard work on and off the track and we look forward to seeing many more successes for Andrew as a Revive! sponsored Pirtek racing driver.

Why not sign up to our BTCC competitions? Be in with a chance to race Andrew Jordan or win hospitality tickets. Just click here!