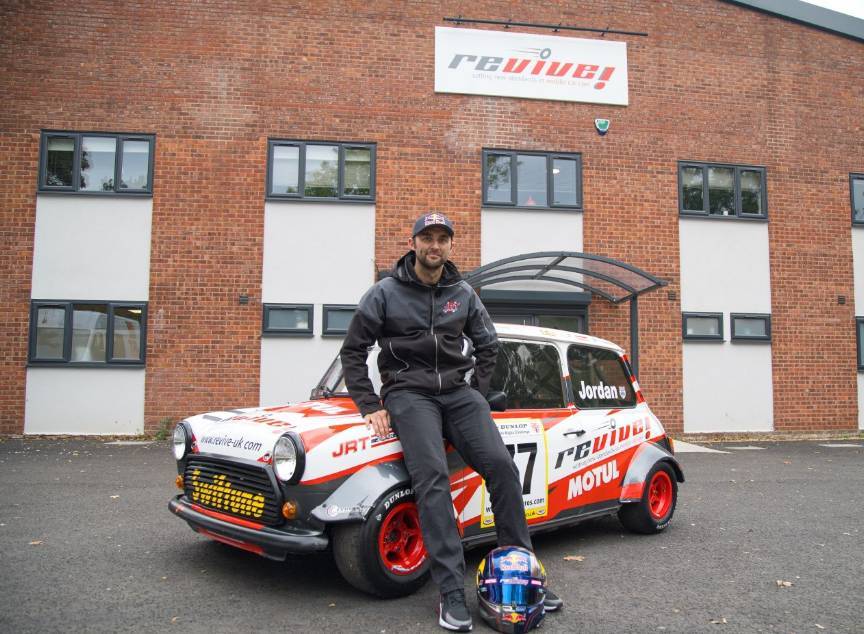 Former British Touring Car (BTCC) champion, Andrew Jordan, may be used to winning ways, but he has placed himself as the underdog in this year’s Mini Miglia Challenge, with the Englishman looking to win the championship for the second consecutive year despite missing four races of the season.

With the 2022 series now more than halfway through, the 2013 BTCC champion has just four rounds left to make up a 41-point deficit and claim a podium finish.

But this hasn’t stopped Andrew from gunning for glory, as he firmly sets his sights on reaching the podium in this year’s hotly contested championship.

Andrew commented: “I’ve won four of the eight races I’ve competed in so far this year, and there are four races to go. With everyone allowed to keep their best thirteen results, I’ll already be at a disadvantage as I’m only competing in twelve races this year.

“Right now, I’m just focused on winning and picking up as many points as possible. Winning the whole championship is still my ultimate aim, but I think to place in the top three would be a huge achievement, especially considering the level of opposition.”

With such a vast difference in weight compared to his previous BTCC cars, Andrew also spoke of the handling characteristics of his current Mini, and how he’s enjoying this challenge.

“The new car feels great. Even though it looks small on the outside, only weighing 650kg, including the driver, it still feels spacious inside as I’m sat so low and far back.

“It’s incredibly light and nimble, whereas the BTCC cars were so much heavier and more cumbersome, at around double the weight!”

The remaining races at Anglesey and Silverstone will offer up a total of 84 points. If Andrew continues to perform at the high level he is known for, then winning the title for the second consecutive year is not out of the question.

Vehicle repairer, Revive! Auto Innovations began sponsoring Andrew in 2012, and have since enjoyed his success in the years following, including Andrew’s 2013 triumph in the BTCC.

Andy Hupfield, UK operations director at Revive!, commented: “We’re very proud to have sponsored Andrew on his motorsport journey, and this new adventure in the Mini Miglia Challenge is something that’s very exciting for everyone here at Revive!.

“Even though he missed some rounds earlier in the season, we know that Andrew has the ability to make up the difference and finish the season on a high!”

Revive! is one of the UK’s leading mobile paint repair businesses, operating through a nationwide franchise network. To learn more about becoming a Revive! franchisee, visit revivefranchise.com.