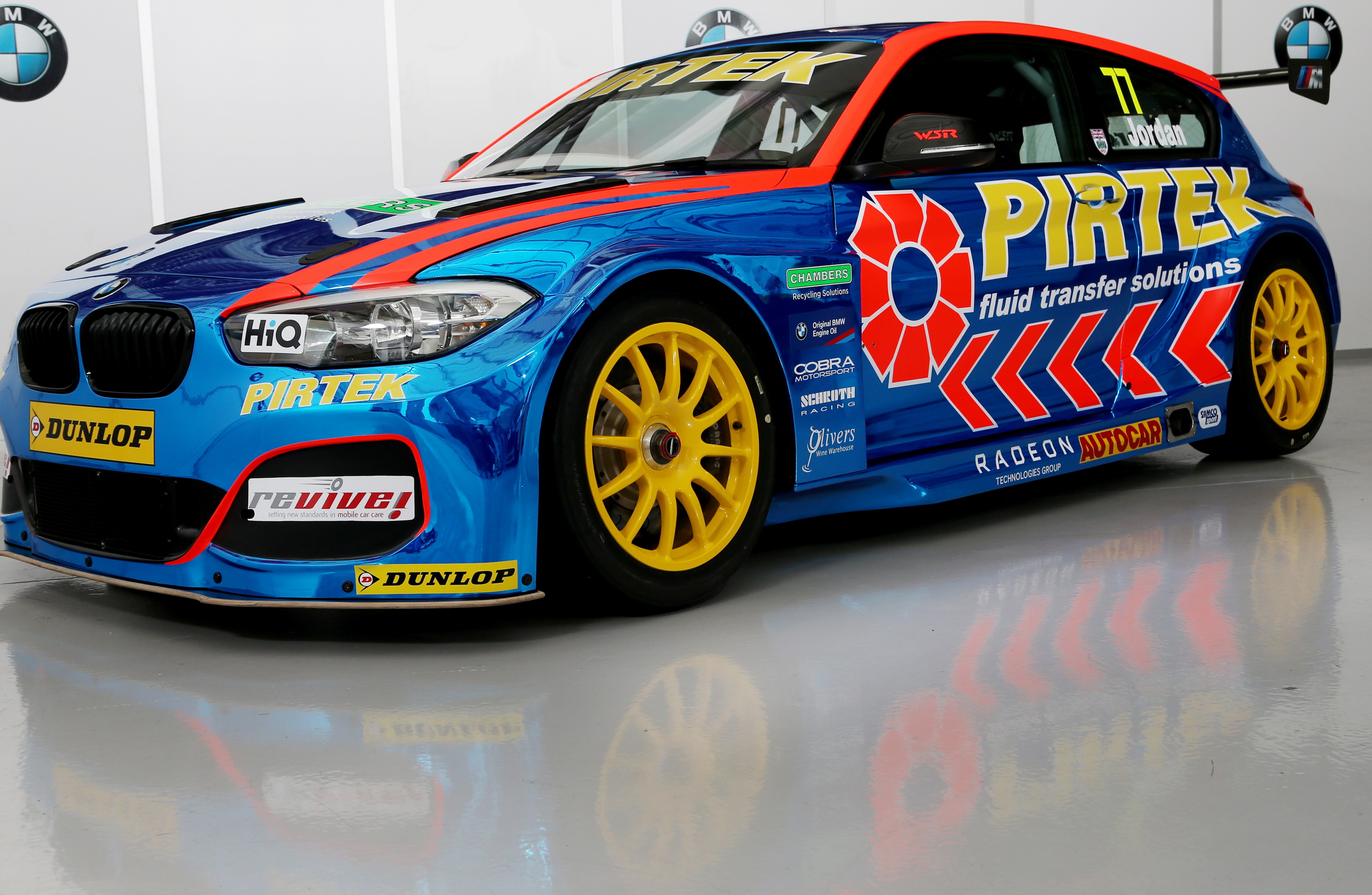 The stunning livery that will adorn the BMW 125i M Sport of Andrew Jordan for the 2017 Dunlop MSA British Touring Car Championship season has been released.

The unveiling of the West Surrey Racing-run BMW was one of the main draws on the opening day of the annual Autosport International Show at the NEC in Birmingham, with the car taking pride of place on the Dunlop BTCC stand.

The iconic Revive! logo and Pirtek Racing colours will once again stand out from the crowd on track after the decision was taken to retain the stunning chrome appearance that proved to be universally popular last year as Andrew secured the Independents’ title for the third time.

Having shown off his new steed in front of a bumper crowd in Birmingham, Andrew will now continue to prepare for the next phase of his winter testing programme, which is due to get underway next month.

The 27-year-old, who has been sponsored by Revive! for over five years, has already enjoyed three successful days on track in the BMW prior to Christmas.

“Since the testing we did prior to Christmas, the team has been hard at work on making improvements to what was already an extremely good car and I’m looking forward to getting back behind the wheel when we return to the track next month.

“We want to make sure that when we get to Brands Hatch for the season opener, we are challenging for pole position and race wins.”

Andrew’s 2017 campaign gets underway at Brands Hatch on the weekend of 1-2 April.

Thumbs-up for new BMW as Revive! Sponsored BTCC Driver Andrew Jordan Takes to the Test Track
Don’t Give Your Car a Dry January