“Securing sponsors is one of the hardest jobs in Motorsport. With that said, it makes me even more proud to have been with Revive! since 2012. This sort of long standing partnership is down to our fantastic working relationship. It’s not just about the branding on the car, although the car does look fantastic, it’s also about how we work together off the track to get the Revive! name out there to as many people as possible.” 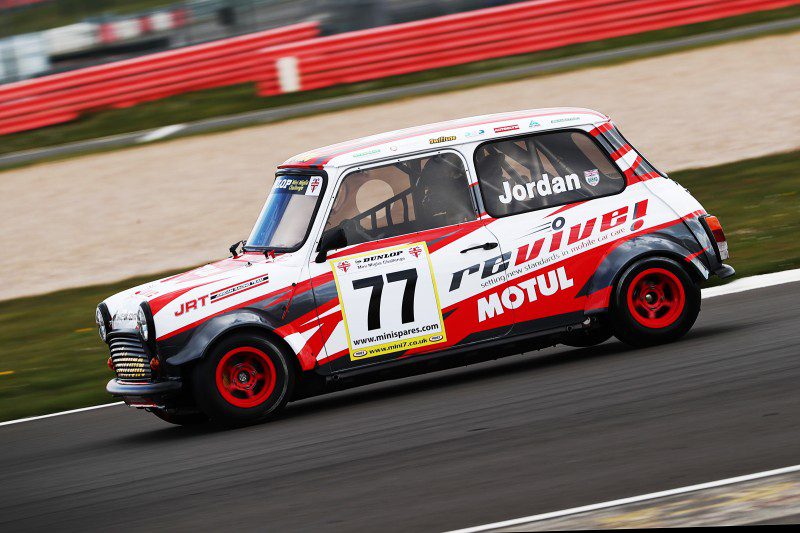 In 2008, a teenage Jordan made history by joining his father Mike in the BTCC and becoming the first ever father/son duo, driving as part of the two man Eurotech racing team.

The following season in 2009, Jordan made BTCC history by becoming the youngest ever driver to score a pole position.

In 2013 – the year  Revive! began sponsoring Andrew – he came first in the overall standings and won the Kwik Fit British Touring Car Championship.

You could say we were his good luck charm?

In 2020, Andrew stepped away from the BTCC due to difficulties created byt the COVID-19 pandemic, but as one of the UK’s leading motorsport competitors he has maintained his status as a Red Bull athlete, Scalextric ambassador and Goodwood ambassador.

Today, Revive! are delighted to continue our partnership with Andrew – in what is now our tenth year working together – as he begins his 2021 Mini Miglia Programme. Andrew will be competing in a series of races for the Mini 7 Racing Club, starting April 24/25 at Silverstone with the races being streamed live on Facebook and YouTube.

This is an exciting new opportunity for both Andrew and Revive!, you can hear Andrew’s thoughts in the video below:

As well as his success in the BTCC and Mini Miglia racing, Andrew is also the official track tester for Goodwood Road & Racing.

He often races at Goodwood Revival, Festival of Speed and Member’s Meetings and even builds and races celebrity owned cars, including the treasured Lotus Cortina of Howard Donald from Take That.

Scalextric produce a scale model of Andrew’s BMW 125i M Sport from the 2018 season which features the Revive! branding. We’re incredibly proud to see our brand represented on such an iconic toy that’s been around since the 1950’s.

Who knows, maybe the Revive! branded Mini Miglia will be turned into a Scalextric car one day – watch this space!

You can order a Revive! branded Scalextric here.

Request a Call Back

Provide us with just a few contact details and we will call you back.
Request Callback