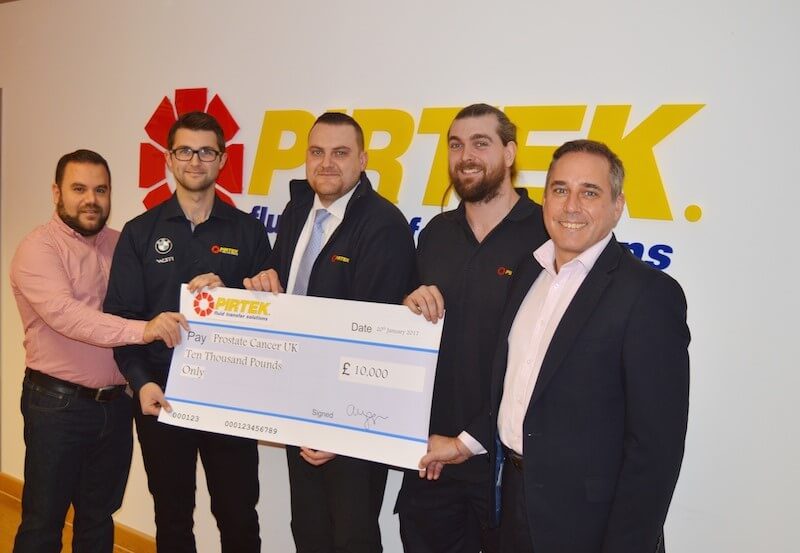 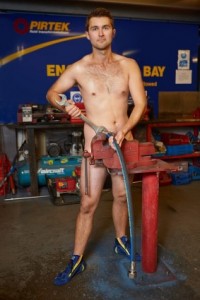 Andrew, who has been supported by Revive! UK for over five years, was one of seven volunteers who braved the cold to strip off for the annual Pirtek calendar as the leading Fluid Transfer Solutions Provider elected to turn the idea of ‘Calendar Girls’ firmly on its head.

Pirtek marketing manager Tammie Argent-Peters said.   “We thought it would be a good idea do to charity calendar similar to the one from the
movie Calendar Girls’ but using staff from the Pirtek network. Daniel Peters from Pirtek Ashford immediately volunteered and I then contacted centres and staff in the network to ask if they would like to take part, and Andrew also agreed immediately.

“Despite it not being everyone’s cup of tea in what is ostensibly a male-dominated industry, the calendar has been very well received and has raised a lot of money for a very worthwhile charity. It was not an easy thing to do but we are enormously proud of everyone that took part.

More than 5,500 calendars have now been sold, raising just under £5,000 for Prostate Cancer UK.

“Prostate Cancer UK does some incredible work to promote and safeguard men’s health,” Andrew said. “I was only too happy to take part in the project, and I am delighted that my friends at Pirtek invited me along.”