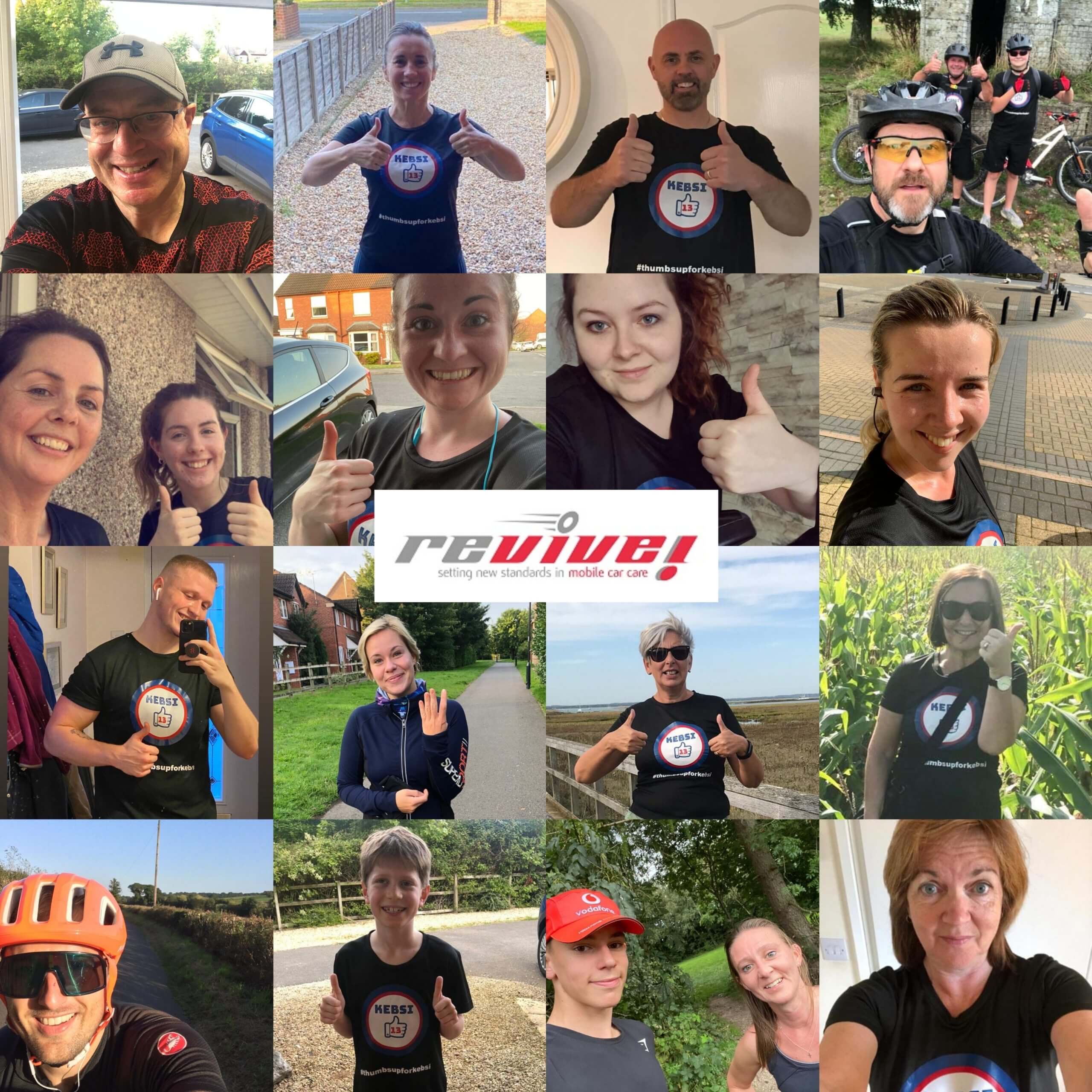 Revive! have raised over £2,200 for the Motor Neurone Disease Association after our 2nd annual Moving for Kebsi challenge.

Nearly 30 Revive! employees, franchise owners, friends and family got involved this year to run, walk, swim or cycle throughout the month of September – all to raise funds in memory of Kevin “Kebsi” Gartland.

Kebsi, a former rugby league player and coach for Workington Town and Ellenborough Rangers, passed away in October 2020 after being diagnosed with Motor Neurone Disease in 2015.

Workington Town RLFC dedicated their final home match of the 2021 season to raising money for those affected by Motor Neurone Disease. Workington players wore a specially designed shirt in memory of Kebsi.

Revive!’s efforts to support Kebsi and the MNDA began in April 2019 when joint Managing Director, Mark Llewellyn, committed to running 5km every day for 30 days and raised over £1,000 in the process. Revive! shattered that total in 2020 as over 20 members of Revive! got involved in the Moving for Kebsi challenge.

“Kevin was an inspirational person and the dignity with which he fought this terrible disease has filled me with admiration. As part of his legacy, we have set up an annual challenge at Revive! to raise as much money as possible in support of the fight against motor neurone disease,” said Mark.

The challenges undertaken by Revive! employees this September included Frank Slevin running 5km every day while wearing a 35lb weighted rucksack, Sam Brown climbing the equivalent height of Mount Everest on a StairMaster, and the Haselden family of Revive! Chester covering over 1,000 miles collectively by running, cycling and climbing.

Nearly 30 members of the Revive! team got moving for Kebsi in September 2021.

Revive! have now raised over £7,500 in Kebsi’s name since 2019 and will continue to raise money every September for the Motor Neurone Disease Association in North and West Cumbria, where Kebsi lived, played, and coached.

Mark went on to say: “We are immensely proud of the efforts put in by the whole Revive! team this September. Kebsi was a friend as well as a fellow rugby player, so it’s been incredibly rewarding to do something positive in Kevin’s memory for a great cause like the Motor Neurone Disease Association.”