Latest NewsBTCCValuable points but no podiums for Jordan at Knockhill 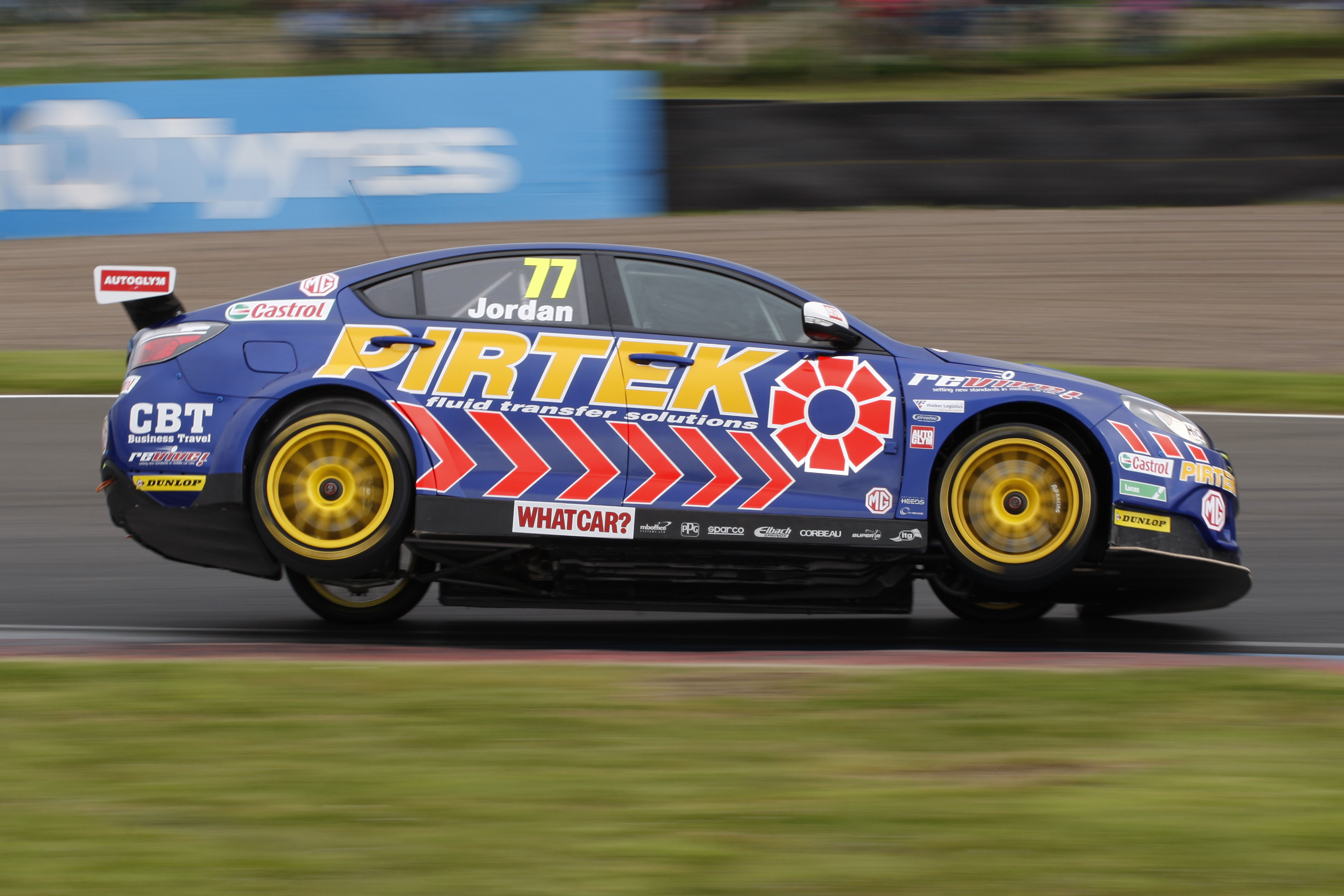 Valuable points but no podiums for Jordan at Knockhill

Jordan works on bridging the gap with a consistent point scoring weekend.

A point scoring weekend for Revive! sponsored Andrew Jordan at the Scotland based Knockhill track on the 22nd & 23rd August during rounds 19, 20 and 21 of the Dunlop MSA British Touring Car Championship. A fourth place and two top eight finishes means that Jordan keeps his championship hopes alive, remaining an outside contender for the 2015 title.

It was a huge crowd again this year in Scotland and Jordan was content with his performances over the weekend: “That was probably the best I’ve driven all year and I’m sure I got the best out of the car.”

“It’s been a tough year at times and sometimes it has felt like I have been driving with one arm behind my back. We just haven’t been able to get the pace to compete consistently with the leaders and for someone who is keen to add a further Championship – this leaves me frustrated!.”

Andrew qualified eighth fastest, just four-tenths of a second away from pole, lapping three-tenths of a second quicker than the best MG time in 2014. “The MG is quite a big car for a track like Knockhill and we still need to find more speed,” he commented. As predicted the margins in qualifying were microscopic with eight-tenths of a second covering 23 of the 29 cars on the grid.

In race one eighth position was maintained but Andrew was unable to mount an attack on the cars in front. It was a positive race in the following round, starting out fifth on the grid but squeezing up another position to land a fourth place finish. “That was as good a result as we were going to get,” Andrew said. “I feel I’m driving at least as well as I did in 2013, but the car is still not quick enough.”

After the reverse grid draw in round 21, Jordan found himself in seventh position having to drive a very defensive race to keep the raft of drivers behind him at bay. Andrew managed to secure seventh.

Knockhill leaves Jordan in fifth position in the driver standings and 30 points behind championship leader Jason Plato. “It’s not over yet and we took 11 points out of his lead in Scotland,” added Andrew. “I’m amazed with where we are in the points given the season we’ve had so far!”

A mixed season so far leaves Andrew Jordan 5th in the BTCC Championship some 30 points off the lead but Jordan is quick to point out that in 2013, in his Championship winning season he entered Brands Hatch with a 37 point lead only to win on the last race and secure a 7 point victory.

So it would seem that the championship is not quite over yet. With nine rounds to go in the season, can Andrew bridge the thirty point gap? The BTCC reconvenes on 05-06th September where drivers head to Rockingham, the Northamptonshire based circuit.

Revive! are the UK’s professionals in minor vehicle repairs. If your vehicle has minor damage, don’t worry, Revive! have expertly accredited technicians on hand to repair your car’s scuffs and scratches. So if your car has had a few bumps and scratches, don’t worry, we can repair it!

For a quick quote to repair your vehicles damage, please click here.