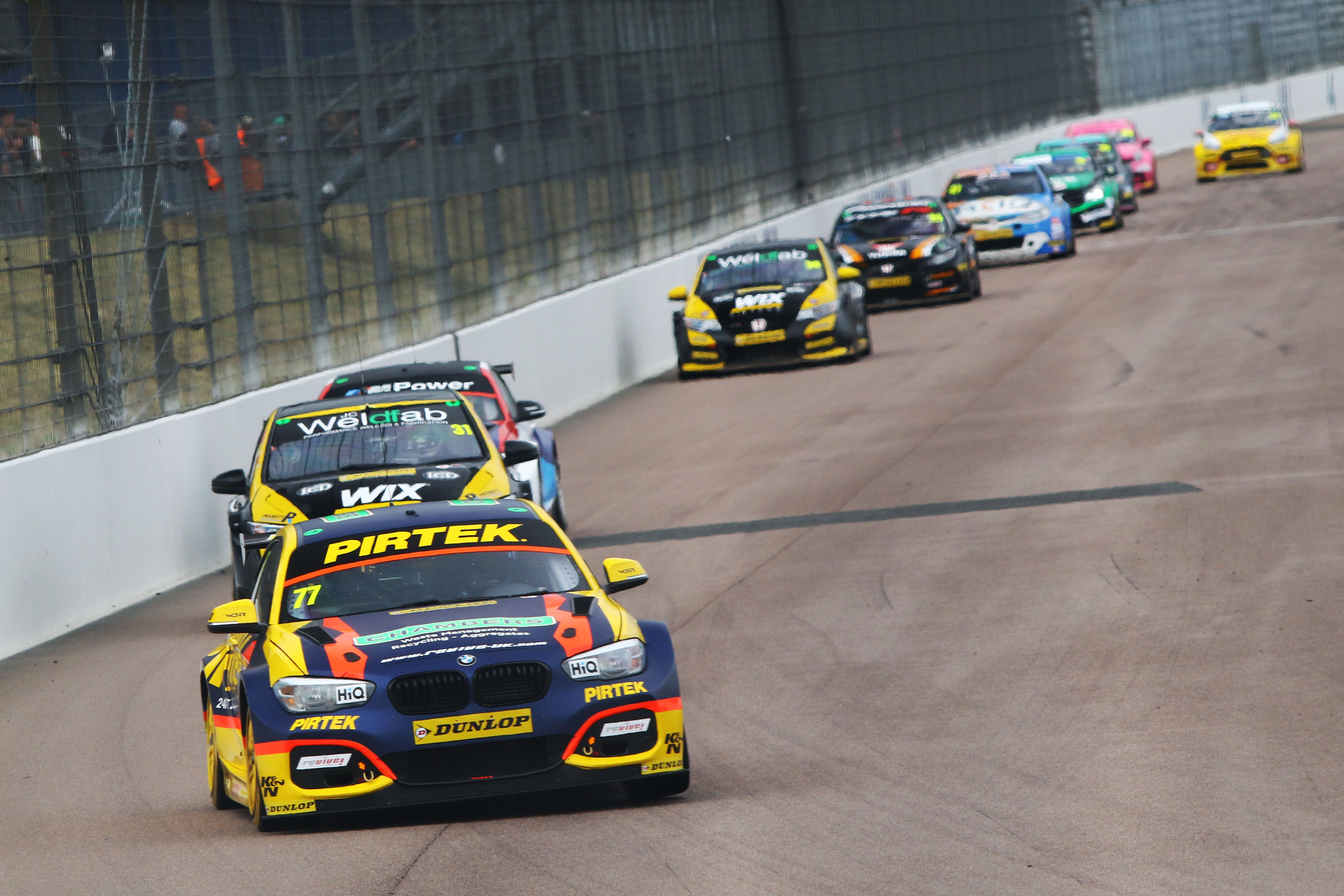 Revive! sponsored Andrew Jordan endured a tough weekend on track at Rockingham after on-track incidents robbed him of the chance to fight for silverware in the latest rounds of the Dunlop MSA British Touring Car Championship season.

Andrew went into the weekend in confident mood at a circuit where he won twelve months ago in his West Surrey Racing-run BMW 125i M Sport, and was the quickest of the BMW drivers throughout Saturday as he qualified eleventh on the grid for the opening race.

His hopes of a strong start to race day however would come to an abrupt end of the opening lap, when he was forced to jump on the brakes at Deene to avoid a spinning car ahead and dropped to the rear of the field.

Recovering well to salvage 15th place and a point from the race despite running on the slower hard tyre, Andrew was then focused on battling his way forwards in race two and secured 13th place to leave him well positioned to fight for the top ten in race three.

On the prime tyre compared to many of his rivals, Andrew made a demon start and had got himself into the top six by the time the field streamed off the banked oval for the first time.

However, Andrew was then clipped by the Focus of Tom Chilton on the exit of the Deene Hairpin as Chilton attempted to get back on track after running wide in the damp conditions.

The hit proved to be enough to damage the suspension on the BMW and left Andrew with no choice but to return to the pits to retire.

It means Andrew leaves Rockingham sitting ninth in the championship standings ahead of the next round of the campaign at Knockhill later this month.

“I think that weekend is right up there as one of the most frustrating I’ve had,” he said. “We put in a solid performance in qualifying when you consider how close the times were, and we knew going into race day that we had the chance to pick up some strong results with the pace we had shown in the car through practice.

“Unfortunately it all went wrong at the start of the first race through no fault of own and from that point on, we were on the back foot. Fighting back to get into the points in race one showed what might have been, and then I have no doubt at all that we could have pushed for victory in the final race after the start we made.

“I don’t blame Tom for what happened as the conditions were very tricky and he was simply trying to get his car back on track and didn’t know I was there – I was just in the wrong place at the wrong time again.

“Whilst we’ve missed out on what could have been a decent points score, we now go to Knockhill carrying less weight on the car at one of the strongest circuits on the calendar. I’m going to be going there with one aim and that is to bring home some podiums and get myself back into title contention.”