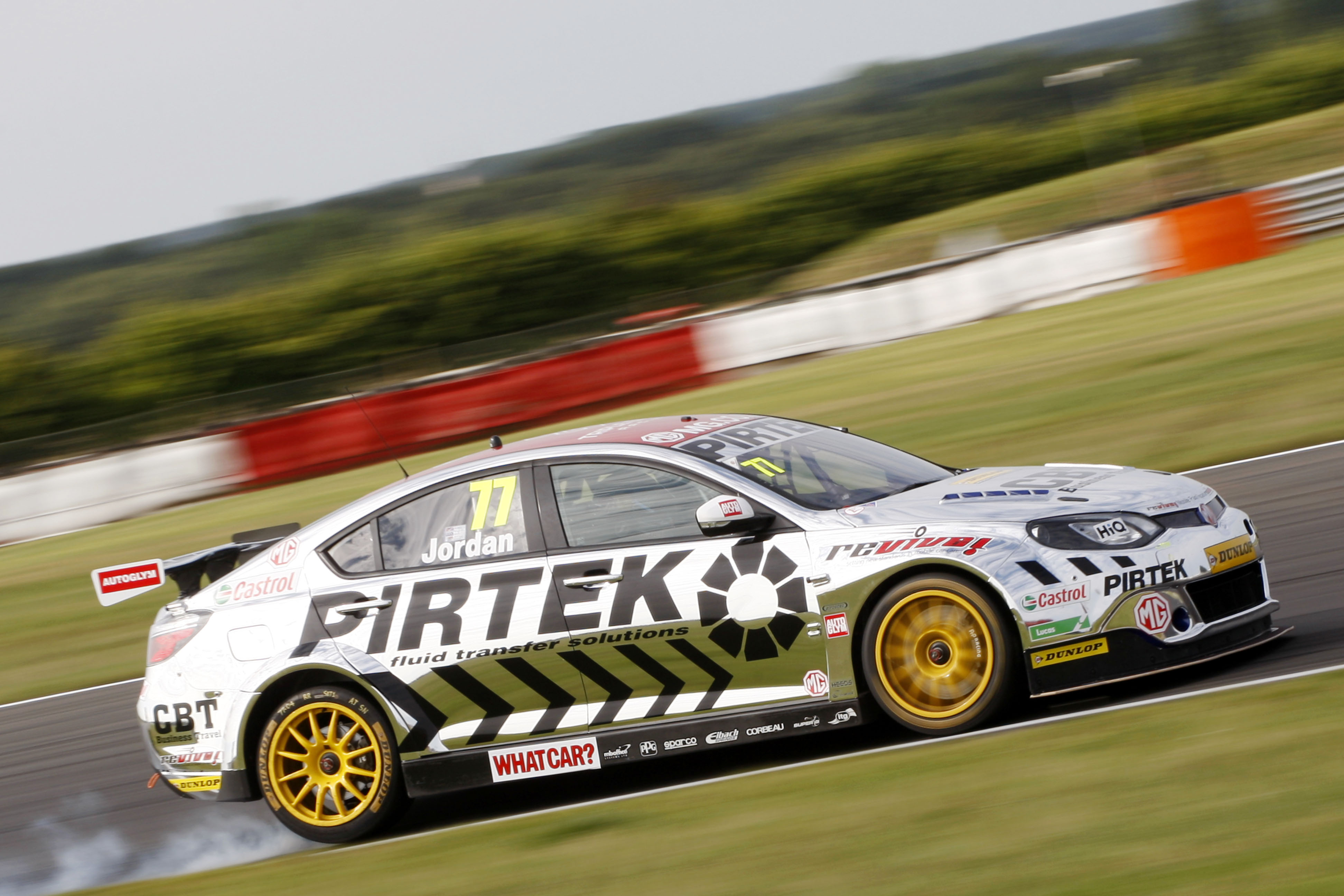 Two top five finishes at the weekend for Revive! sponsored Jordan in rounds 16, 17 and 18 of the Dunlop MSA British Touring Car Championship at Snetterton.

Returning from the summer break with his MG6 GT in eye catching chrome livery, marking the extension of the Pirtek – Jordan sponsorship deal, Andrew wanted to return to business after a challenging weekend at Croft in June.

Qualifying was one of the closest we have seen all season with a fifth of a second between first and sixth on the grid.  Andrew slotted in at fourth behind the three Volkswagens of Turkington, Smith, and Plato and ahead of Neal ‘s Honda and Priaulx’s BMW.

“I’m happy with that actually, it was a really nice lap.”  commented Jordan after qualifying. “We haven’t quite got the legs on the VWs. We’ve got work to do to get on the back of the BMR cars in the race, but we’ve got some ideas on where to find the time.”

Andrew needed to find his feet quickly in race one, having to defend from the mounting pressure of Priaulx and the trailing drivers for the majority of round sixteen.  “I tried to stay with Jason Plato but had understeer from the start. Then I had to do all I could towards the end of the race to keep Andy Priaulx back as he had looked after his soft tyres. So I was really defensive and the result was not as good as I had hoped.”

Jordan entered round seventeen in eighth position and made rapid advances through the field until contact with Dave Newsham’s Chevrolet  led to a loss of two places and stunted any further progression in race 2. “The steering was bent after contact with Newsham and it was really hard work just holding on and making the finish for seventh place,” said Jordan.

A combination of a seventh place grid start, piping hot conditions and soft tyres in far from ideal conditions meant that Andrew’s prospects for the final race at Snetterton looked bleak. Despite the odds stacked against him, he managed to muster up a fifth place finish, earning some valuable championship points. However the day had proven that there are still some improvements needed in order to attain the front running speed which is on the track which will allow Andrew to compete for more podiums.

Revive! are the UK’s experts in minor car body repairs – we repair wherever you are! So if your vehicle has minor damage, don’t worry we can fix it!