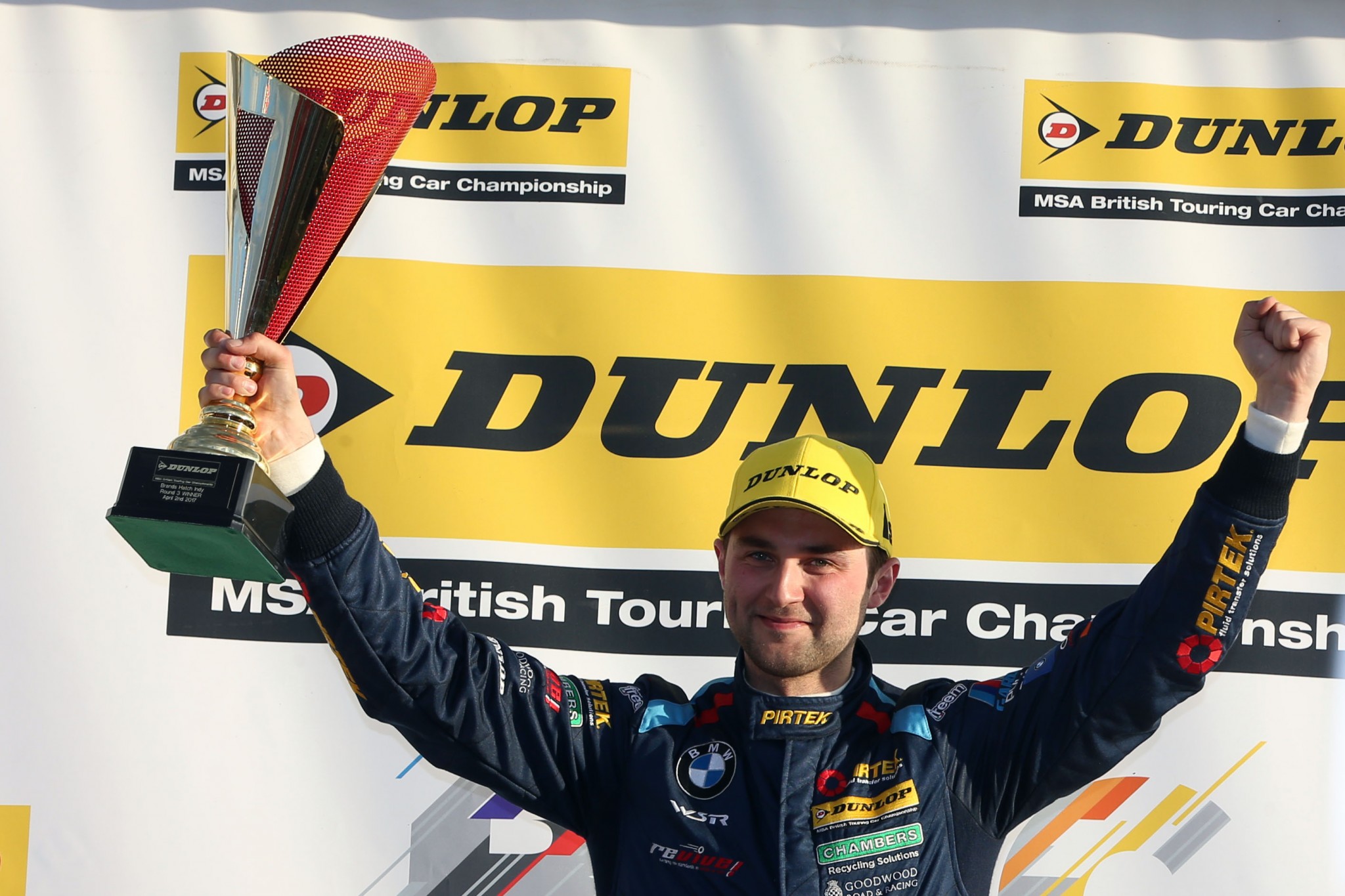 Revive! sponsored Andrew Jordan secured the perfect start to the 2017 Dunlop MSA British Touring Car Championship season with victory during the opening weekend of the year at Brands Hatch.

Andrew went into the weekend looking to impress on his debut at the wheel of his West Surrey Racing-run BMW 125i M Sport and showed strong pace out of the box in free practice – when he was running his new 2017-spec engine for the first time.

Challenging conditions in qualifying made it difficult for drivers to get a clear lap, with Andrew having to settle for eleventh place on the grid despite setting a time just half a second away from pole position.

A solid drive in race one saw Andrew secure sixth place, and he looked set to better than result in race two before contact from Rob Austin cost him valuable places and left him once again in sixth spot.

Austin was later excluded from the results for the incident.

Starting from third on the grid in race three, Andrew vaulted to the front of the field when the lights went out and then produced a measured drive at the head of the pack, holding off WSR team-mate Colin Turkington through the closing laps to secure victory on his first weekend in rear-wheel drive.

It means Andrew who has been sponsored by Revive! for the past five years, leaves Brands Hatch sitting third in the championship standings, with BMW Pirtek Racing also third in the Teams’ Championship.

“I thought we had the potential to win this weekend, so to actually do it is fantastic,” he said. “To come into my first weekend with the BMW and take to the top step of the podium is great and we’ve got some good points on the board for the championship.

“The car felt good in both race one and race two, and we actually struggled a bit with the weight in the final race and were a bit hard on the left rear tyre. That made it difficult to get the power down out of the corners but I was able to keep Colin at bay and secure the win.

“Considering we only ran the new engine for the first time on Thursday, we had no problems at all and to get a 1-2 finish for BMW shows we have a good package. I’m already looking forward to Donington Park next time out as my home circuit, and hope we can build on the results we enjoyed here.”