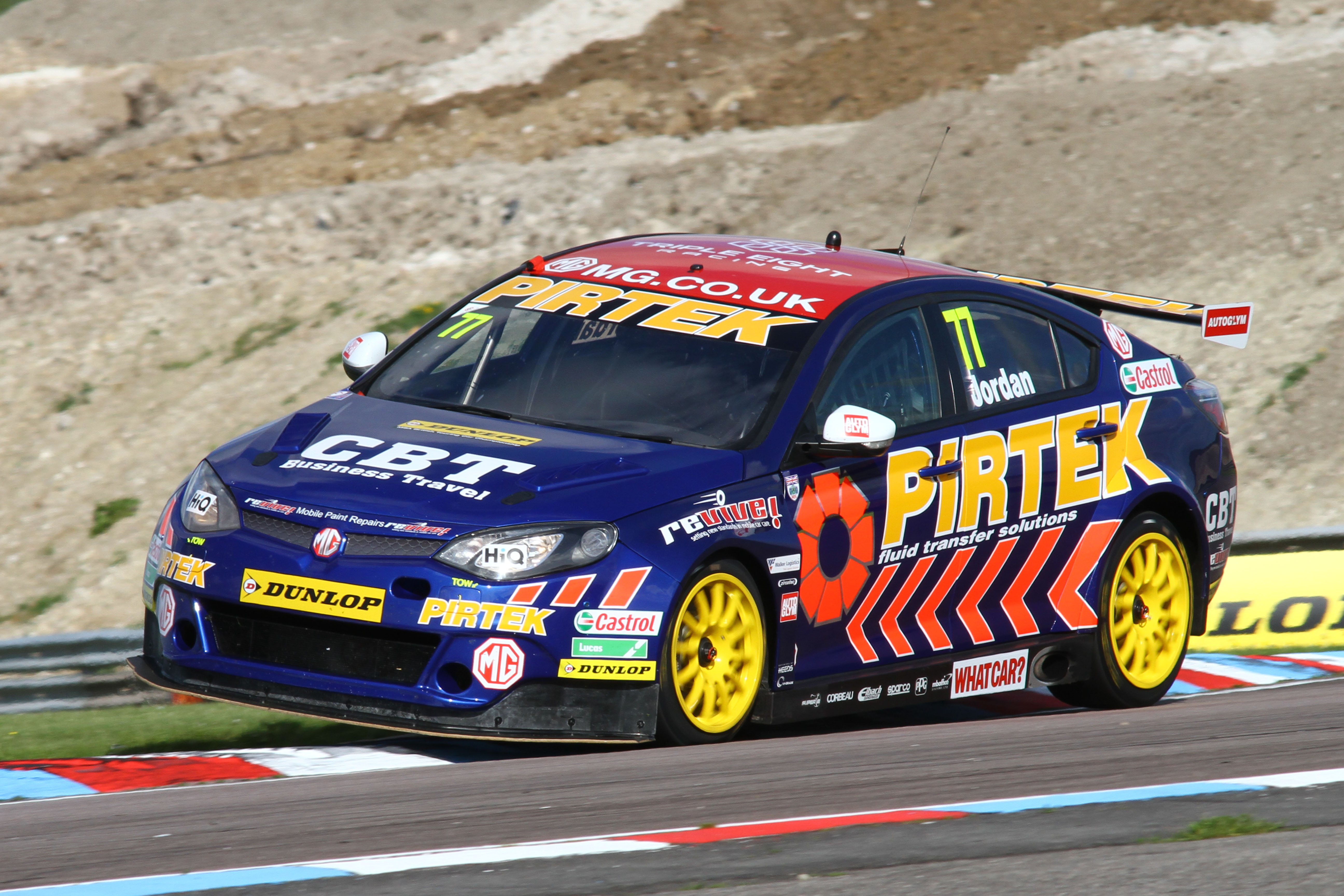 Revive!’s Jordan has his sights set on Snetterton as the second half of the BTCC season gets underway.

Revive! sponsored Jordan is back behind the wheel this weekend following the half season break in the Dunlop MSA British Touring Car Championship. Jordan returns to Snetterton for rounds 16, 17 and 18 of the BTCC at the East Anglian circuit.

With the recent extension of the Pirtek sponsorship deal and Andrew’s affirmed optimism in his MG6 GT racing package with Triple Eight Racing, it is setting up to be a positive weekend after the challenges which presented themselves at Croft.

There was a strong contingent of drivers in attendance at the testing session at Snetterton and Andrew was pleased with how things looked: “We had a good test. It was very productive and I did 120 laps,”  he said. “We worked on qualifying and race set-up and I think we should be pretty strong. It’s probably the only track where we’ve had some worthwhile testing and so we should hit the ground running for free practice on Saturday morning. We’ve got 33kg of success ballast on and I think we can qualify at the front of the grid. I think that’s realistic.”

Approaching Snetterton,  Andrew finds himself in sixth position in the driver standings, 39 points behind championship leader Gordon Shedden.  This current championship position has led Andrew to rethink his approach to the weekend ahead at Snetterton.

“The championship is a really long shot now and I don’t need to think about points as much as I have been. I just want to win some races and get some podiums now. It will be good to get back racing after the summer break.”

Qualifying begins on Saturday 8th August at 15:45 with the first round getting underway on Sunday 9th at 12:00. You can watch all of Sunday’s racing action live on ITV4 and you can even catch the qualifying on www.itv.com.

Revive! UK are cosmetic vehicle repair experts, repairing alloy wheel damage, bumper scuffs and minor paint damage on a national basis. So if you have a vehicle which is suffering with minor damage, don’t worry, we can fix it!