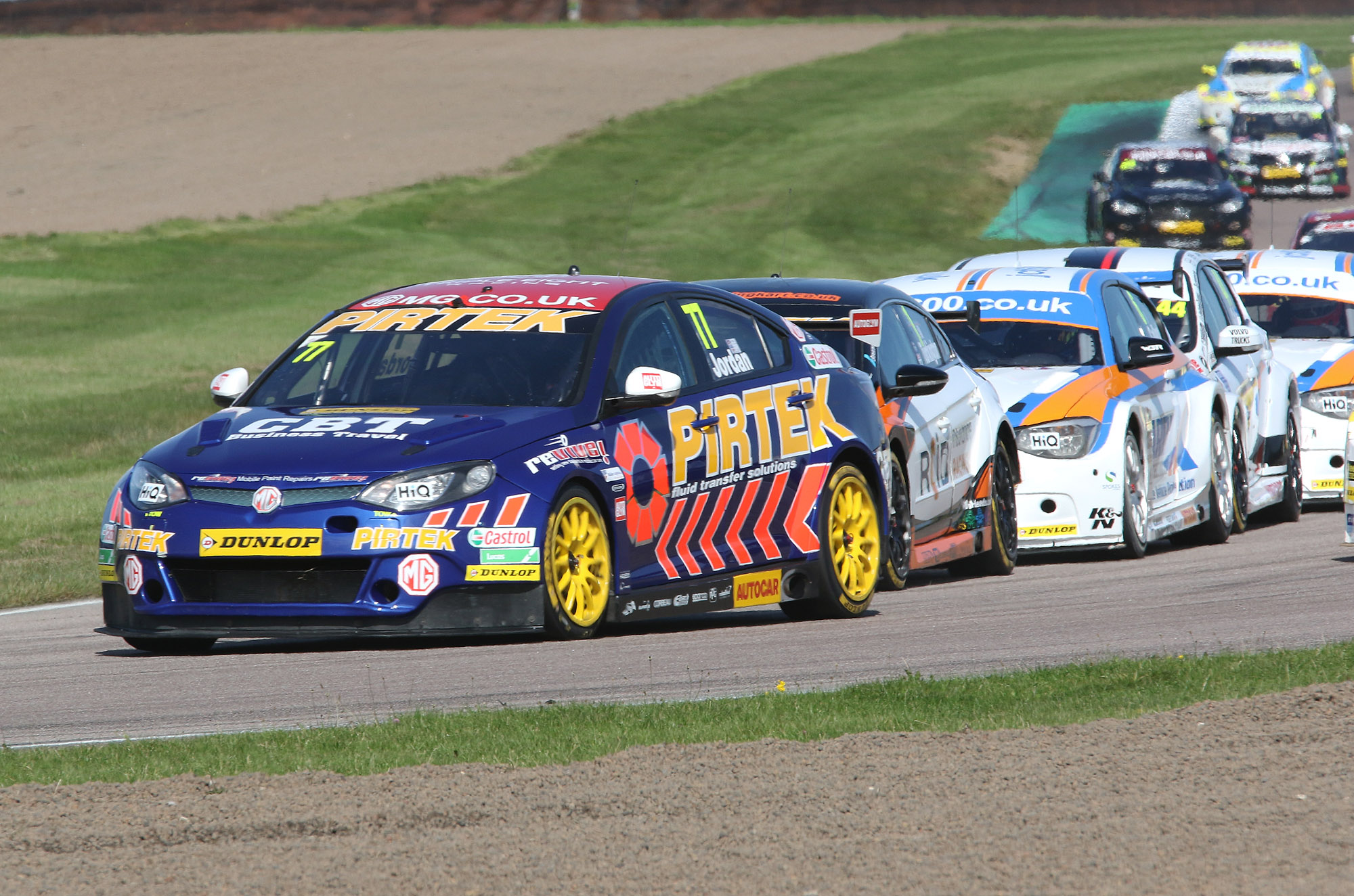 Another tricky weekend for Revive! sponsored Andrew Jordan behind the wheel of the Triple Eight Racing MG6 GT in rounds 22, 23 and 24 of the British Touring Car Championship. Sixth place was all that could be mustered in a car which lacked the speed needed to compete at the front of the grid.

Jordan felt that he drove the car right on its limit at the Corby based circuit, but this could only deliver sixth, twelfth and ninth place finishes on the day.

In qualifying, Jordan was recorded as the tenth fastest driver out on track, which indicated that Sunday’s raceday would be tough as it was clear that the car would struggle to keep up with the quicker cars out on track.

In race one Andrew profited from other drivers’ misfortune as they experienced delays and pit stops, allowing him to move up through the track to finish sixth. Despite progressing four places in race one, it was apparent the car lacked pace with Jordan lining up in eleventh place on the grid for race two.

In race two contact at the first corner pushed Andrew wide causing his position to fall down to seventeenth place. Battling hard, Jordan crept back up to twelfth but this was all that could be made from an unlucky start.

Seated in twelfth on the grid for the final race of the day, Jordan managed to secure a top ten finish, crossing the chequered flag in ninth. Although Andrew remains in fifth position in the overall standings, the void between him and the now championship leader Gordon Shedden has grown to 46 points. With six races left to run, the championship is now becoming a highly unlikely possibility. A frustrated Jordan commented:

“I’ve just driven round all day trying to stay out of trouble and waiting for people to fall off or wreck their tyres so that I can move up a few places,” said Andrew. “It’s not the way I want to go racing.”

We now look forward to the next rounds of BTCC racing action which will be held at the infamous Formula One racing track – Silverstone on 26th and 27th September.

Revive! offer a mobile solution to cosmetic vehicle damage. Whether it’s a scuffed bumper or kerbed alloy wheel, don’t worry, your local Revive! professional can repair it! If you would like to get a quick quote on your damage – just click here!

Category BTCC
Revive!’s Jordan is ready for Rockingham
Back to business for Revive! sponsored Jordan