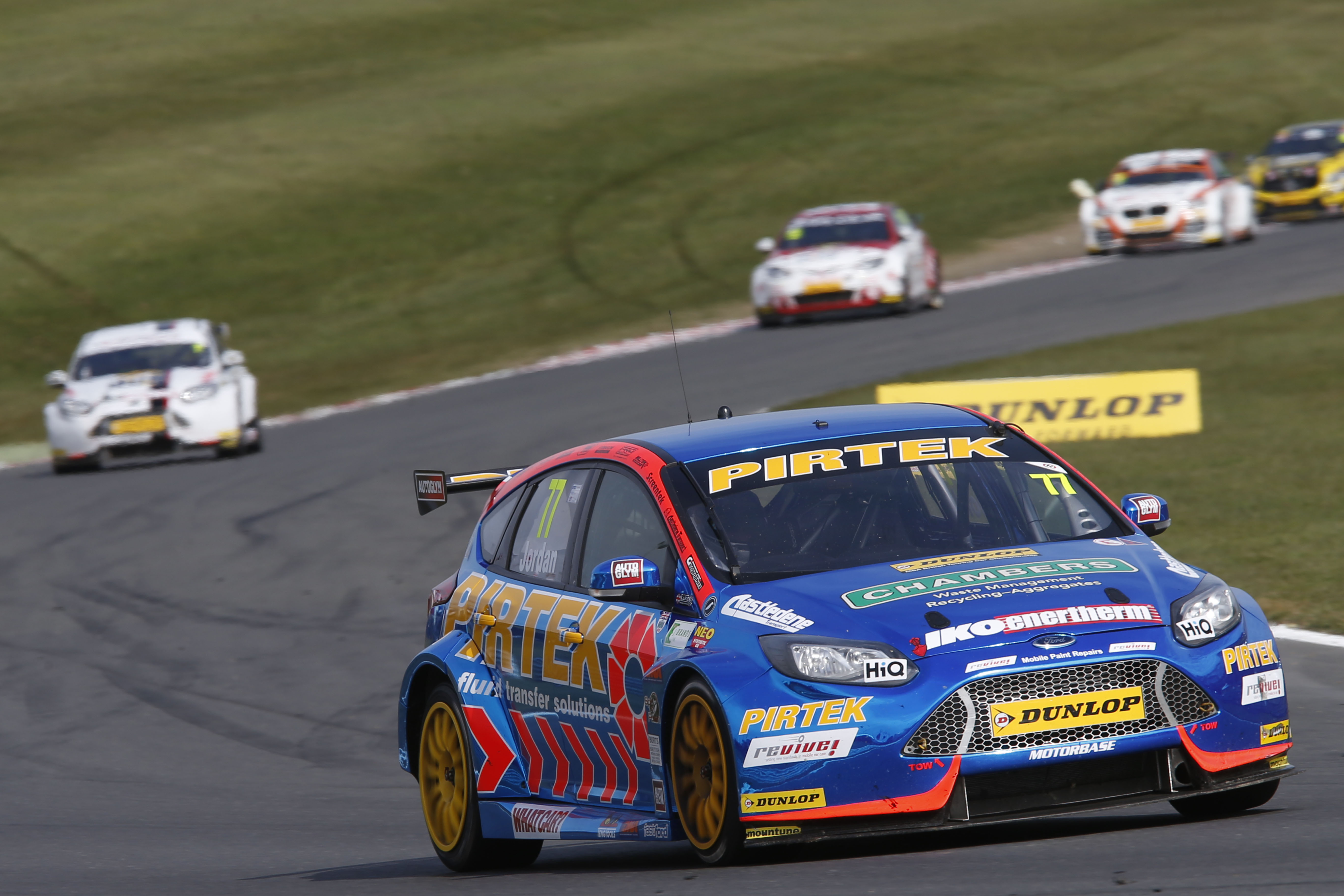 Jordan got himself firmly off the mark in the BTCC opener at the Brands Hatch Indy circuit with a solid point scoring weekend despite a challenging qualifying session.

14th was all that could be mustered in a qualifying session which was plagued with constantly changing weather conditions. However as always with the BTCC, we were dealing with fine margins (just 0.566 off pole).

Andrew opened Sunday with a steady and progressive drive in race one starting from 14th on the grid and jumping three places to 11th position behind former team mate Jack Goff. A mid-race problem with the Focus’ power meant that any further progress was thwarted.

By race two the issue was resolved which gave Jordan the impetus to kick on and really show what he could do with his new car. Dancing his way through the pack, Jordan was able to snatch a 4th place finish on the soft compound tyre whilst also posting the fastest lap of the race.

The final race of the day saw Andrew starting on the grid in 6th position and after surviving a slide at turn one, he managed to replicate a 4th place finish following a to the line duel with Matt Neal’s Honda.

Jordan finishes the first racing weekend perched nicely in joint 4th position on 32 points. Summing up his weekend: “After a difficult time in qualifying and then in the opening race, things turned out to be okay in the end. Whilst we had done quite a bit of testing over the winter, we’d only done limited running in dry conditions so there was an element of learning this weekend, but I feel we got the most we could from races two and three.”

“Whenever you move to a new team, you take time to get used to how things work, but I feel I’ve settled in well with the guys at Motorbase and I would have loved to reward them with a trophy in a first weekend together. Had things gone differently earlier in the weekend, then that might have been possible, but we scored good points when we could and that is what matters when it comes to the season as a whole.

“We know we haven’t quite got the ultimate pace in the car at the moment but we aren’t far away, and I’m confident that we’ll be able to challenge when we head to Donington Park for round two.”

Revive! are the UK experts in minor car body repairs and have been proud sponsors of Andrew Jordan in the BTCC since 2012. Revive! provide a professional service repairing alloy wheel damage, bumpers scuffs and car scratches.

So if your vehicle has sustained minor damage, make sure you call Revive! for peace of mind.

Click here to get your free no obligation quick quote today.