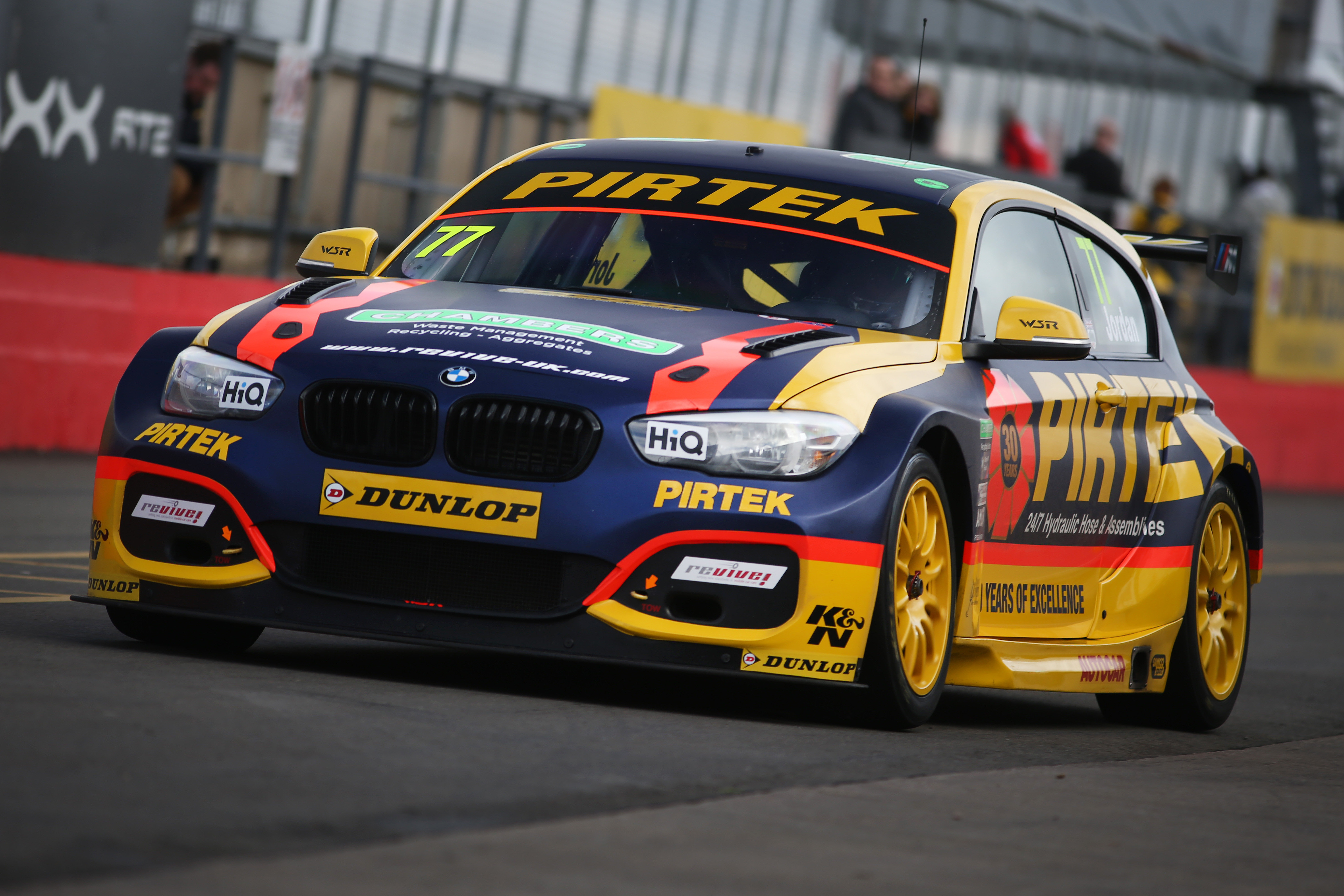 Revive! sponsored Andrew Jordan has his sights firmly fixed on the podium places this weekend when the Dunlop MSA British Touring Car Championship heads for Donington Park for the second meeting of the year.

Andrew kicked off his season at Brands Hatch with a 58th career podium, but changeable weather conditions and on-track contact saw him out of the luck in the remaining two races in Kent.

A big positive for the 28-year-old however was the strong pace he showed across the weekend at the wheel of his BMW 125i M Sport, and the 2013 champion will now hope to make the most of that pace to fight at the sharp end of the field at his home circuit.

Andrew has fond memories of Donington Park in the past, having taken his first pole at the circuit back in 2009 – when he also took to the Donington podium for the first time.

Since then, Andrew had picked up seven further podiums at the East Midlands venue, including the first victory of what would prove to be his title winning season back in 2013.

Currently sitting in an unrepresentative 13th place in the early season standings, Andrew will go into the weekend without any additional success ballast in his West Surrey Racing-run car and in fighting mood as he looks to make his move up the championship standings.

“We showed at Brands Hatch that the Pirtek Racing BMW is a strong package but the end results didn’t reflect it,” he said. “Whilst it was good to get a podium finish, I would have liked to put more points on the board and that is something I’m aiming to put right this weekend.

“As my home meeting, Donington Park is a circuit that I look forward to every year and one where I have enjoyed some good results in the past. It’s also one where the BMW has been successful in recent years and having been near the top of the times during the season launch test, I’m optimistic about our chances.

“The fact we don’t have any success ballast onboard should work in our favour in qualifying and a good showing there will put us in the best possible position to fight for some silverware on race day.”