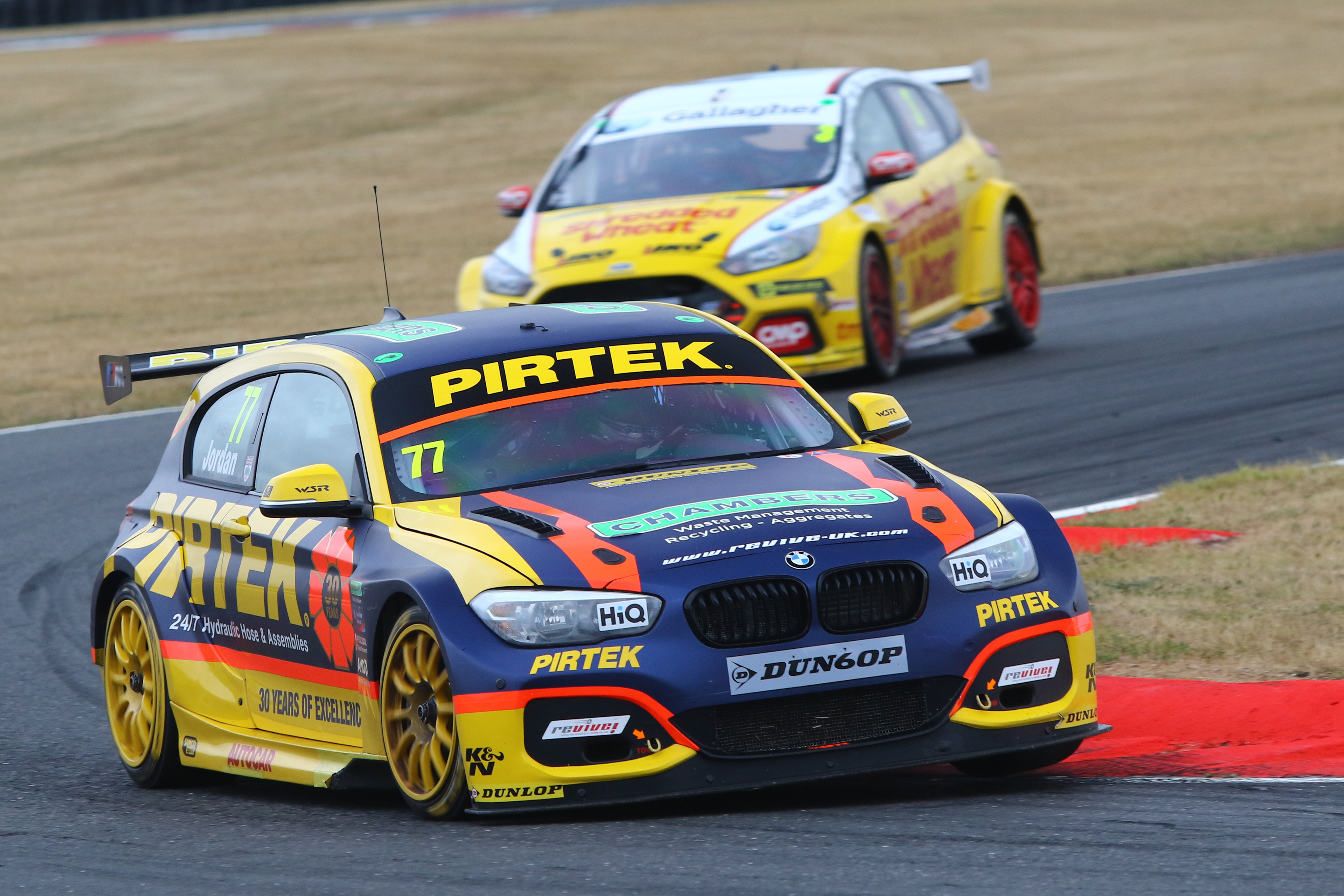 Revive! sponsored Andrew Jordan will look to make further inroads into the points lead when the Dunlop MSA British Touring Car Championship heads for Rockingham this weekend for the seventh round of the season.

Andrew heads for the Northamptonshire circuit having closed to within 32 points of the championship lead last time out at Snetterton, with three solid finishes at the wheel of his West Surrey Racing-run BMW 125i M Sport.

On the back of a consistent weekend on track in Norfolk, Andrew will now seek to close the gap still further at a circuit where he has enjoyed notable success in the past.

In total, Andrew has taken to the podium on seven occasions at Rockingham with three victories to his name, including in the corresponding meeting last year.

It’s also a venue where BMW has traditionally been strong, with seven victories and no fewer than 17 podiums through the years.

With that in mind, Andrew goes into the weekend feeling optimistic about his chances of moving up from his current sixth place in the championship standings, with his focus very much on adding to impressive Rockingham record.

“From the start of the season, I’ve said how important it is to keep picking up the points and that approach has served us well so far,” he said. “It means we are heading to Rockingham in a good position in the championship having closed the gap at Snetterton, yet having also managed to shed some success ballast at the same time.

“That is something that should work in our favour at a circuit where the weight can have quite an impact, although we showed last season that you can fight back from a tough qualifying session having worked our way from 18th on the grid to end the weekend with a win.”

“We’re getting to that stage of the season now where there is less margin for error in terms of the points, and it is vital that we get the most we can out of every race.”

“With that in mind, I’ll be pushing hard to try and fight for the podium positions this weekend to keep the pressure on those drivers ahead and want to try and put a big score on the board at a circuit that should play to the strengths of the Pirtek Racing BMW.”