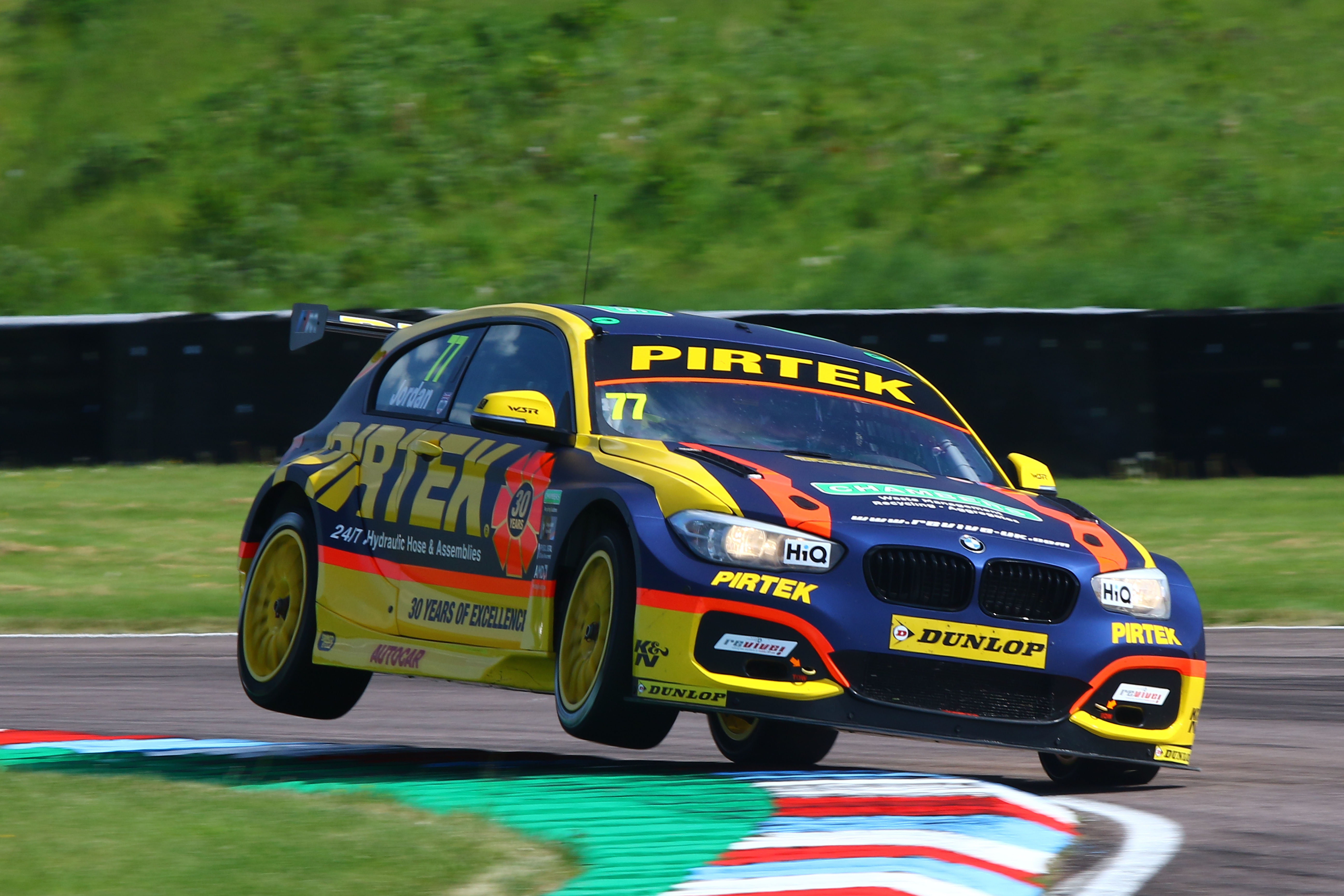 Revive! sponsored Andrew Jordan produced a battling performance on track at Thruxton to secure a brace of top six finishes from the third meeting of the Dunlop MSA British Touring Car Championship season.

Andrew went into the weekend looking to rebound from a tough weekend on track at Donington Park, where the undoubted pace in his West Surrey Racing-run BMW 125i M Sport wasn’t reflected in the end results – with a mechanical issue in qualifying preventing him from fighting at the sharp end of the grid.

At one of his favourite circuits on the calendar, Andrew was on the pace from the moment that the cars hit the track and was well inside the top ten in both free practice sessions.

Shortly ahead of the start of qualifying however, the 2013 champion started to feel unwell but battled bravely on track to secure ninth place on the grid for the opening race of the weekend.

Despite still feeling the effects of a virus on Sunday morning, Andrew was able to take his place on the grid for the opening race and a storming start when the lights went out saw him rocket up to fourth place on the first lap – despite being forced to take action to avoid a slow starting car ahead off the line.

Andrew would battle hard throughout the race and although he would lose out to two of the front-wheel drive cars behind, a sixth place finish was a good way to kick-start his day. 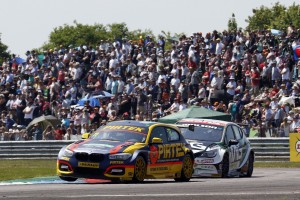 Another solid start in the second race saw Andrew again make up two places on the opening lap before he eventually settled into fifth spot, and it was a place he would maintain through to the finish to add more solid points to his tally.

The reverse grid draw put Andrew third on the grid for the final race of the weekend but the ongoing effects of the virus left him with no option but to take the difficult decision to withdraw from the race.

Andrew would be taken to a local hospital for treatment before being released later on Sunday evening to return home.

Despite the disappointment of missing race three, the strong results earlier in the day mean Andrew has now moved up to eleventh in the championship standings ahead of events at Oulton Park and Croft that have traditionally favoured his rear-wheel drive car.

“It turned out to be an interesting weekend at Thruxton – and not in the way I expected!” he said. “We were confident that we could pick up some good points and after two decent practice sessions, it was all going to plan heading into qualifying. 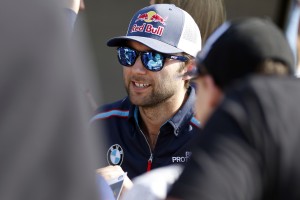 “Shortly before the session I started to feel unwell but once I got in the car and hit the track, I just focused on the job at hand and P9 was okay considering we didn’t quite have the car right for the conditions.

“I did my best to rest overnight and I was determined to try and make sure we got as much as we could from race day despite not feeling 100 per cent. I really gave it everything that I had in the first two races and to bring home a pair of top six finishes in those circumstances is something I’m really pleased with.

“It’s a shame that I couldn’t take part in the final race considering where we were on the grid, but I had nothing left to give and there was no option but to withdraw from the event.

“I want to say a huge thank you to the medical staff at the circuit and in hospital for keeping an eye on me, and also to everyone who sent messages asking how I was. When we get to the end of the season, the points I managed to score this weekend could prove to be vital and I’m looking forward to the events to come, which I know will play to our strengths.”