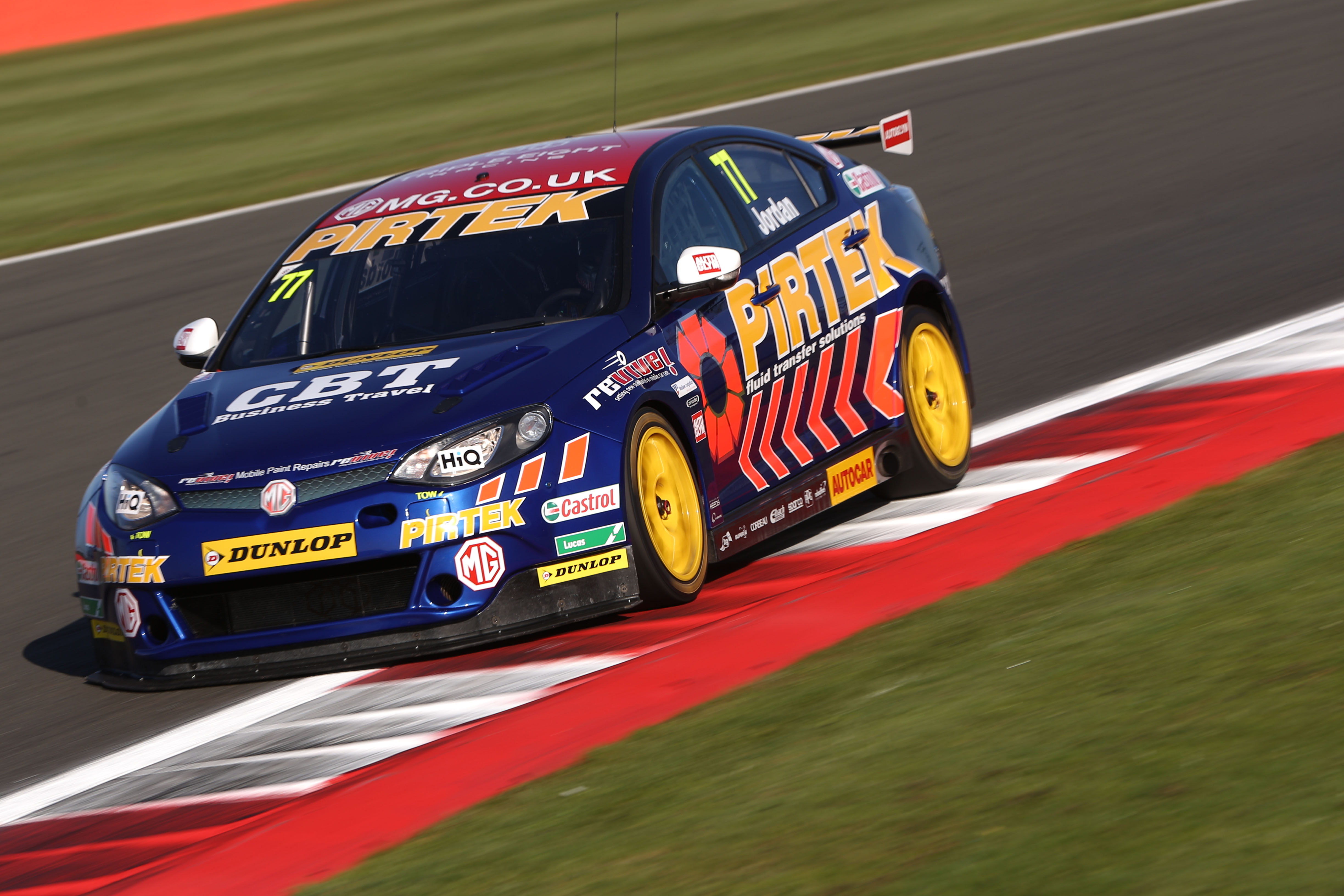 Jordan’s highs and lows at SIlverstone

Revive!’s Andrew Jordan was back where he belongs on Sunday (27 September) with a podium finish in race one at Silverstone. Rounds 25, 26 and 27 of the Dunlop MSA British Touring Car Championship could have been a very good day at the office without a puncture in race two which sabotaged Jordan’s day.

Behind the wheel of his MG6 GT in the penultimate event of the BTCC calendar, things looked unexpectedly bright early on. Due to the MG’s underperformance in the speed department, Silverstone was anticipated to be a track which the car would struggle at. An unpredicted but welcomed qualifying session put Andrew towards the front of the grid for race 1 as he qualified 4th fastest overall. “Qualifying was good and we put in a great run of laps,” he said. “I was pleased with our lap time; we’d got some ballast on board too, so to get right up in the mix was encouraging.”

Jordan opted in race one for the soft compound tyre and quickly strung together 2 great moves to move him up to second early on, putting him in behind the Ford Focus of Mat Jackson. “Then it was a case of managing the tyres because Gordon Shedden was coming on strong but I knew he wouldn’t do anything silly because he needed the championship points.”  commented Andrew. Jordan held for second in race one.

In the closing moments of race two, with 66kg of ballast and on the final lap Jordan was again in the points running in fourth position. But with two corners to go, disaster struck with the front left tyre puncturing. The MG struggled to the finishing line in 19th position. This also thwarted any further chances of decent point scoring for the team as they were placed in 19th position on the grid for race three.

With an excellent start in race three, Andrew whizzed through to 12th position. “Unfortunately, going that hard early on just killed the tyres and I couldn’t do anything when I caught Tom Ingram, who was battling with Aiden Moffatt for tenth place. My aim was to try and get into third in the championship and that was realistic based on where we were running in race two.” Jordan remains fifth in the overall standings on 261 points, 32 points off Colin Turkington in 3rd and now 64 points off championship leader Gordon Shedden.

Revive! are the UK’s experts in minor vehicle body repairs – we come to you. If your car has bumper scuffs, scratches or alloy wheel damage, don’t worry, a Revive! expert paint technician can fix it! Click here to get a free quick quote on your car’s damage today!