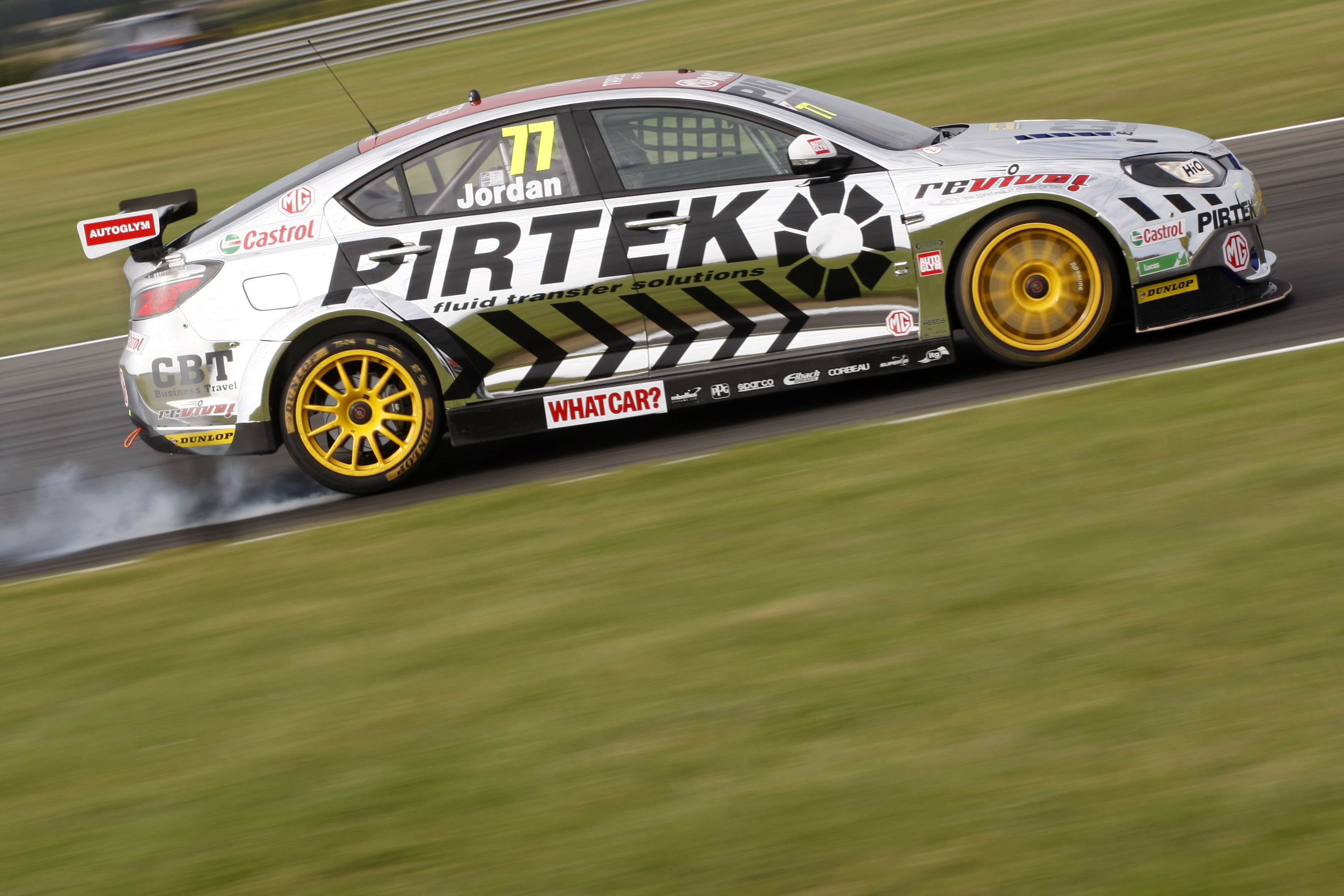 This weekend (22/23 August) Revive! sponsored Andrew Jordan travels north to Knockhill, the home of Scottish motorsport and where rounds 19, 20 and 21 of the Dunlop MSA British Touring Car Championship will get underway.

It has almost been two weeks since the high speed straights of Snetterton, but Jordan and his MG6 GT face different challenges at Knockhill, where the tracks well known elevation changes and frequent corners make for extremely competitive and fine margin racing. 22 drivers were spread over just one second in qualifying at last year’s event, and this is what we have come to expect from the circuit.

By his own high standards, 2015’s been up and down for the Red Bull athlete. Jordan is 5th in the driver championship with 12 races left to run in the 2015 season. Championship leader Jason Plato is 41 points ahead of Jordan, and therefore it seems a long shot to replicate the championship success of 2013. Now Jordan’s main focus is race wins which will allow him to add to his BTCC trophy cabinet.

“We need to qualify well at Knockhill,” commented Andrew and referring to the track’s difficulty to overtake. “The racing at Knockhill is always close and the weather is often another factor. The championship is a really long shot now and I just want to win some races and get some more podiums.”

The Knockhill qualifying session begins at 15:05 on Saturday 22nd August leading into the first race on Sunday 23rd at 11:45. You can catch all of Sundays racing action live on ITV4 including: The MSA Formula Championship, Ginetta Juniors, Renault Clio Cup, Ginetta GT4 SuperCup, Porsche Carerra Great Britain and of course, the BTCC.

Does your vehicle have minor damage? Don’t worry, we’ll repair it.

If your car has had a minor scuff or scrape, rest assured a Revive! accredited expert can repair it. Revive! has one of the largest networks of mobile accredited technicians, delivering a convenient service with a full lifetime ownership guarantee on bodywork repairs. So if your car is in need of a little TLC, get a quick quote today – click here