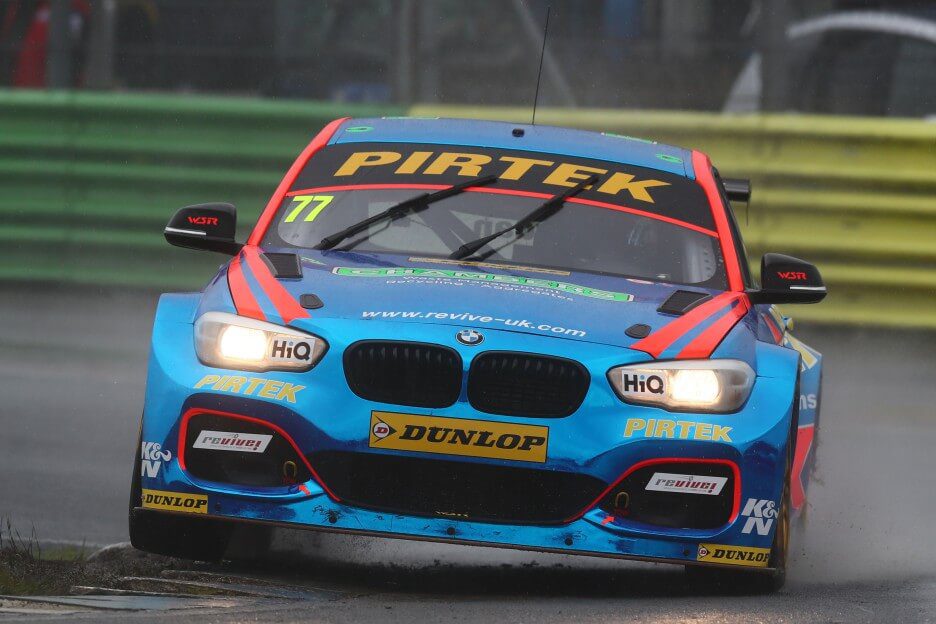 Revive! Sponsored Andrew Jordan bounced back from a difficult qualifying session to secure three points finishes from the latest rounds of the Dunlop MSA British Touring Car Championship at Croft.

Andrew made the trip to North Yorkshire looking to build on his second win of the year at Oulton Park, but his chances suffered a major blow in qualifying when he was one of ten drivers caught up in a multi-car incident caused by oil dropped on the circuit by one of his rival drivers.

The West Surrey Racing team worked through the night to repair significant damage to the rear of Andrew’s BMW 125i M Sport, allowing Andrew to take his place in 14th spot on the grid for the opening race of the weekend.

Making the most of the rear-wheel drive prowess of the BMW, Andrew raced his way forwards to sixth place in race one, and then went one better in race two to take fifth spot.

More solid points for seventh place in race three means Andrew reaches the half-way stage of the season sitting seventh in the championship standings, with BMW Pirtek Racing fifth in the Teams Championship.

“The fact that we were even able to race, never mind bring him three solid points finishes, is all down to the guys in the team who did a fantastic job to repair the Pirtek Racing BMW overnight,” he said. “Everyone could see how much damage there was to the rear of the car, but it looked as good as new when it rolled out for the opening race thanks to their work.

“I would have loved to bring home a really good result to reward them, but from where we were after qualifying, I’m happy with the points we’ve picked up. We’ve outscored the guys who were directly ahead of us in the standings and we’ll come out fighting when we get to Snetterton for the second half of the year to maintain our challenge.”