Latest NewsBTCCConsistency at Croft for Jordan 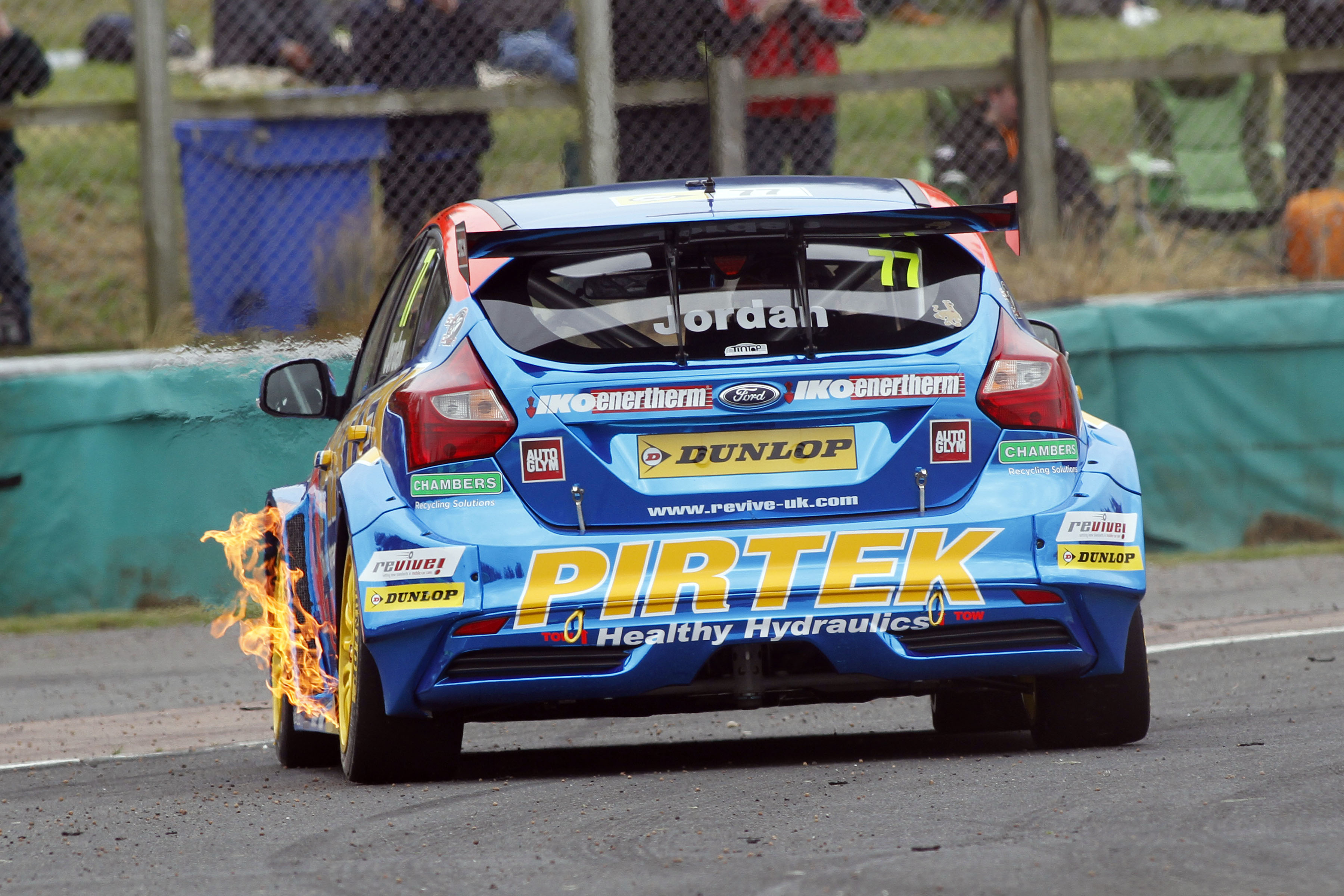 Consistency at Croft for Jordan

Revive!’s Andrew Jordan produced a consistent and combative performance at Croft last weekend, extending his lead in the “Independents’ Championship” as the contest for the Dunlop MSA British Touring Car Championship reaches the half way mark.

Andrew was focused on returning to form after a challenging weekend at Oulton Park. The number one goal on race day was to secure three good point scoring finishes at a track which typically favours rear-wheel drive.

Andrew and his Motorbase Performance run Ford Focus were on the pace from the word go in free practice, consistently appearing towards the top of the times. In qualifying Jordan qualified eighth, admitting that there was maybe a little bit more which could have been squeezed out of the car on the new tyre run.

Escaping drama early on in the first race, Jordan managed to skip through to fifth position quickly. Half way through the race a smell of gearbox oil started to fill the car. Debris out on the track had managed to cause some damage on one of the gearbox sensors. The Focus did however manage to make it to the finish line which gave Andrew his second Independents’ class win of the year.

With little time to waste, it was all hands on deck to get the gearbox replaced for race two. The Ford was ready with seconds to spare. With a ninth place finish in race two, more points were added to the championship tally. Another battling drive in race three and another solid point scoring result, finishing fifth in the final race of the day.

Croft was certainly fruitful for Andrew as he extended to a 27 point lead in the “Independent’s Championship”, and climbed to fourth position in the overall championship as we now enter into the summer break.

“We always knew that rear-wheel drive cars like the Subaru and the BMW were going to be strong at Croft and it was one of the weekends where we had to aim to score as many points as we could,” said Andrew. “Looking at how things panned out, that’s exactly what we’ve done and to have extended the Independents’ lead and moved up to fourth overall is a good result.

“The car this weekend has been really good, and certainly in qualifying, it felt the best it has been this year. Although our race pace wasn’t quite as strong, we raced well and have been rewarded with some decent points.

“It wouldn’t have been possible without the work of my team who did an absolutely fantastic job to take the engine out, build up and replace the gearbox, and then get the engine back in in time for race two. It was so tight that I didn’t think they’d be able to do it in time – which would have ruined the weekend – and, to a man, they deserve huge credit for getting the job done under such pressure.

“I’ve maintained from the start of the season that it’s important to score consistently if we want to challenge for the title when we get to Brands Hatch in October. The points we’ve picked up this weekend could turn out to be crucial when it really matters.”

We look forward to the next BTCC racing weekend at Snetterton as the teams and drivers return from their summer breaks.