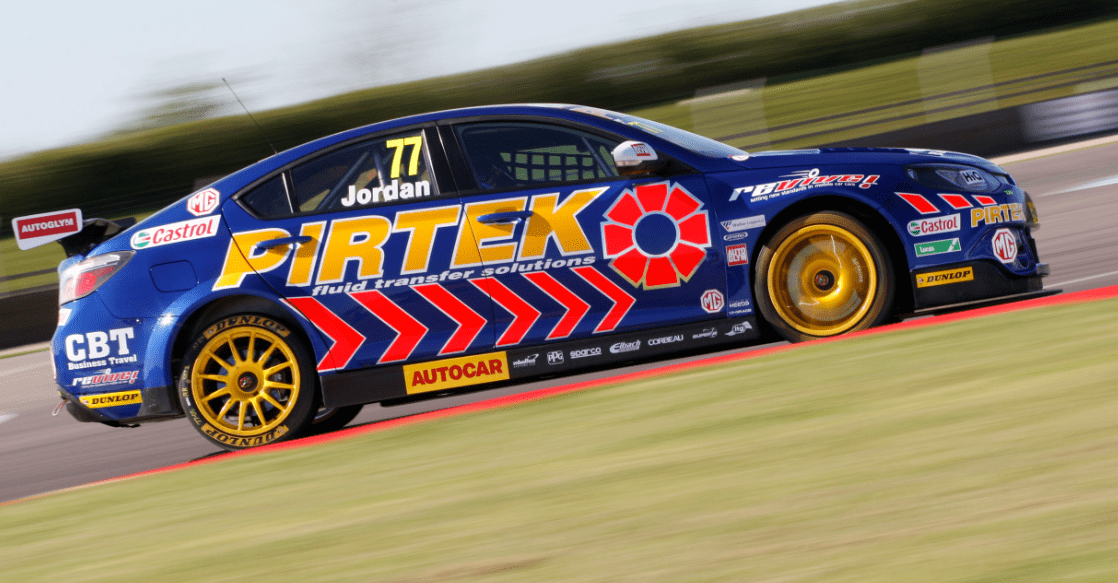 Back to business for Revive! sponsored Jordan

Back to business for Revive! sponsored Andrew Jordan this weekend (26/27 September) for rounds 25, 26 and 27 of the British Touring Car Championship at Silverstone.

This year’s campaign has been one of Andrew’s most challenging behind the wheel of the MG6 GT run by Triple Eight Racing. A lack of racing speed has led to frustrations, with Jordan struggling to keep up with the pace of the Hondas, BMW’s and VW’s for the most part of the season.

Consistent point scoring has been the saving grace, regularly posting good points but unable to contend for the top spots. Jordan enters the penultimate event in fifth position (240 points) in the driver standings, 46 points behind current championship leader Gordon Shedden. Realistically the championship is now just out of sight for Andrew. It will most likely come down to a shootout between Shedden (286 points) and Jason Plato (280) with Neal (259) and Turkington (253) holding on to a glimmer of hope. Third is now the target for Andrew!

The Silverstone circuit generally favours cars with superior straight line speed due to the track only having three major corners. Unfortunately this doesn’t bode well for the MG as this is the department which is currently underperforming for the team.  Let’s hope the team and Andrew can get it right on the day.

“Two years ago we had a great result at Silverstone after the battle with Jason Plato, but I think qualifying will be very tough this year because there are so many people who will get up there,” commented Andrew. “It will be very tough just to get in the top 10. But I can’t wait for the Brands Hatch Grand Prix circuit because I love the place,” said Jordan, as he eagerly looks ahead to the final race weekend of the season (10/11 October).

Revive! are the UK experts in minor vehicle body repairs. With over 130 expert technicians nationwide, we are here to take care of your cars minor damage. Whether it is a bumper scuff or kerbed alloy wheel, don’t worry we’ll fix it.

To get a quick quote on the cost of your vehicles repair just click here, fill in a few details and let us do the rest.