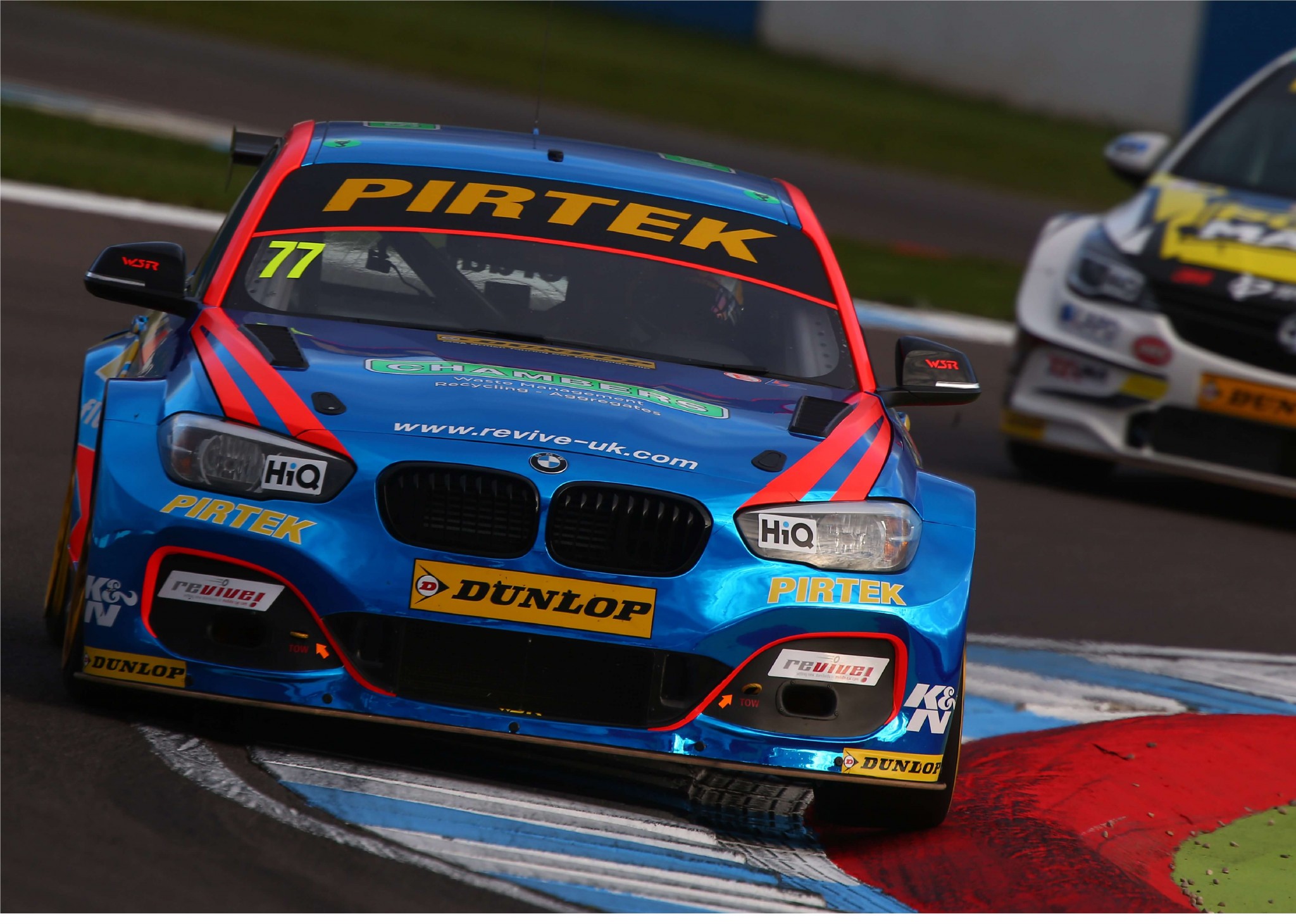 Revive! Sponsored Andrew Jordan and his BMW Pirtek Racing team will hope to build on an impressive start to the new Dunlop MSA British Touring Car Championship season when the series heads for Donington Park this weekend for the second meeting of the year.

Andrew heads into his home event sitting third in the early season standings, having secured victory two weeks ago at Brands Hatch on his first weekend as part of the West Surrey Racing team.

Donington Park is a circuit that has a number of fond memories for Andrew, having been the scene of his maiden BTCC pole position back in 2009 and the venue at which he took the first victory of his title winning campaign in 2013.

In fact, that race weekend was also the one in which the BMW 125i M Sport Andrew is now racing took victory for the first time in the hands of WSR team-mate Colin Turkington.

With plenty of support expected trackside, the BTCC star will hope to find himself firmly in the mix for victory again this time around to strengthen his position in the early season championship standings. ANdrew, who is in his fifth year of Revive! Sponsorship said:

“Having picked up a victory at Brands Hatch, I’m heading to Donington feeling relaxed and I think we are in a good position going into the weekend,” he said.

“Obviously we will be carrying some extra success ballast, which will make qualifying and race one more difficult given how close the field is this season, but luckily Donington is one of the better circuits to carry the weight as it is quite flowing and doesn’t feature a lot of stop/start corners.

“With that in mind, there is no reason why we can’t aim to come away from the weekend with more strong points on the board. Of course I want to be on the podium and challenging for victory, but it’s also important that we play the long game and focus on the championship as a whole.

“Things will ebb and flow throughout the season and we need to maximise our points at every opportunity. We showed at Brands Hatch that Pirtek BMW Racing will be right in the mix for the title and I want to build on those results at my home circuit and strengthen our position in the standings.”