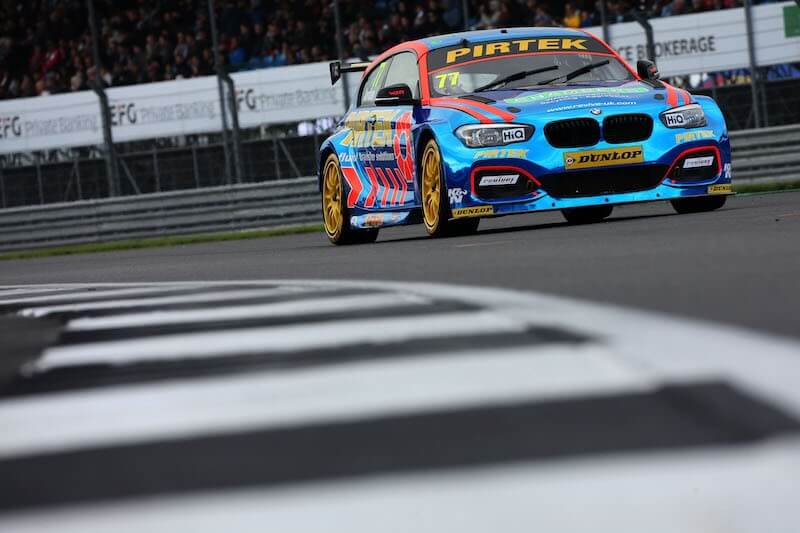 Revive! Sponsored Andrew Jordan will hope to end the year on a high when the 2017 Dunlop British Touring Car Championship season draws to a close this weekend at Brands Hatch.

Andrew heads into the season finale sitting eighth in the championship standings but just 15 points away from the top six after a campaign that has seen him take on the challenge of racing a rear-wheel touring car for the first time.

Although it has proved to be a season of ups and downs for the 28-year-old, Andrew’s pace at the wheel of his West Surrey Racing-run BMW 125i M Sport has never been in doubt from the moment he started his campaign at Brands Hatch back in April with a victory first time out.

Further wins followed at Oulton Park and Rockingham, although a run of bad luck would ultimately rule him out of contention for a second title.

Having shown his speed once again at Silverstone, where he came through from the back of the field to take a top ten finish in race three, Andrew, who has been sponsored by Revive! for the past five years,  will seek to end his year on a high with further podium finishes very much the aim.

“It doesn’t seem like five minutes since we were at Brands Hatch for the opening round of the season,” he said. “I think it’s fair to say that this year has been a bit of a rollercoaster for me but I think that I’ve settled in well with the team and that has been reflected in the fact that I’ve taken three wins over the course of the season.

“Obviously I hoped to be going into the final rounds in the mix for the title, but luck hasn’t always been on our side this season and it means that we haven’t always been able to pick up the results that we were capable of.

“The GP circuit at Brands Hatch is one of the best on the calendar and one that is particularly rewarding as a driver. I’m confident that the BMW will be a strong package this weekend and I’m aiming for at least a podium finish to end the year on a high.”