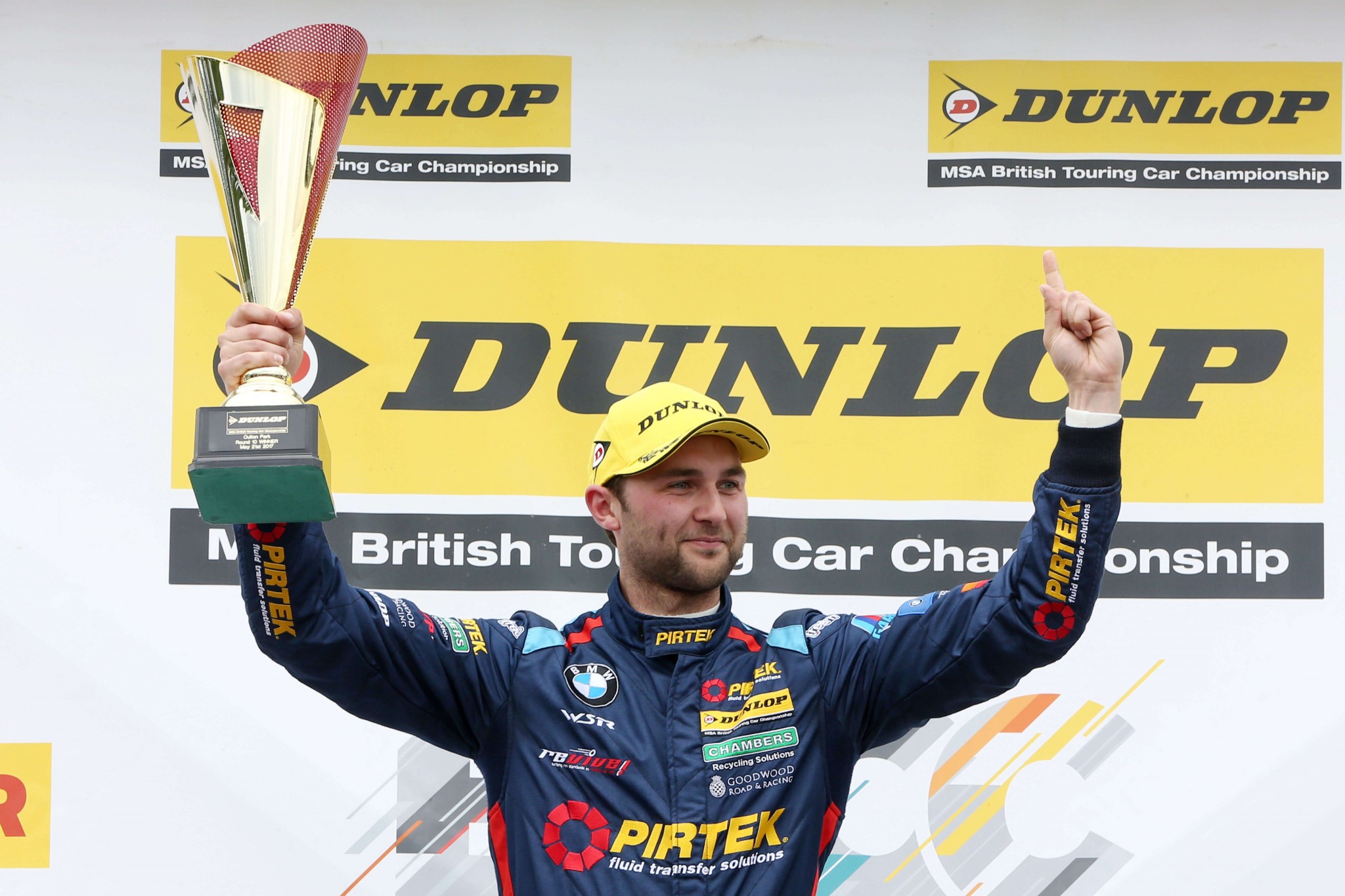 Andrew headed into the fourth meeting of the year looking to rebound from challenging weekends at both Donington Park and Thruxton, where the undoubted pace in his West Surrey Racing-run BMW 125i M Sport wasn’t reflected by the on-track results.

From the moment practice got underway, Andrew found himself at the sharp end of the times and a strong performance in qualifying saw him secure second on the grid for the opening race.

A perfect start saw him jump ahead of pole man Matt Neal on the run to turn one, and Andrew wasn’t headed from that point onwards as he romped to victory.

With maximum ballast on his car for race two, Andrew did well to maintain the lead at the start but would eventually be shuffled back to fifth place by the finish; a result that then left him back on the front row for race three when the reverse grid draw took place.

As in race one, Andrew vaulted into the lead at the start and held position at the front through to the eighth lap when the Safety Car was deployed after an incident on the exit of the Island hairpin.

On the restart, the 2013 BTCC champion found himself under pressure from the factory Hondas behind – both of which were running the quicker soft compound tyre.

A small moment for Andrew coming out of Old Hall allowed Gordon Shedden to get a run on the BMW and he sneaked through at Cascades – with team-mate Matt Neal following through on the exit of the corner as Andrew was forced to run wide.

It meant Andrew ended the weekend with a third place finish to add to his earlier victory, and he heads away from Cheshire having moved up to seventh in the championship standings.

Andrew, who has been sponsored by Revive! for five years said. “After two tough weekends, I headed to Oulton Park hoping for a return to form and that’s exactly what we managed to achieve,” he said. “I’ve felt more at one with the car on track and I think it’s been reflected in the way in which we have performed throughout the weekend.

“Having enjoyed my best qualifying result for some time, race one was really good and I was able to control things from the front. Even when the soft tyre started to drop off a bit towards the end, I had time in hand to manage the gap to the cars behind.

“Fifth with the weight in race two was good, and I think we could have possibly taken another win in race three without the Safety Car, although it would have been a close run thing as the Honda guys had the soft tyre on and it was the tyre of choice today.

“Overall though, a win, a fifth and a third is a good haul of points from race day and I’m really pleased with the way the Pirtek Racing side of the garage has performed.”