Latest NewsBTCCA pair of podiums for Jordan at Oulton Park 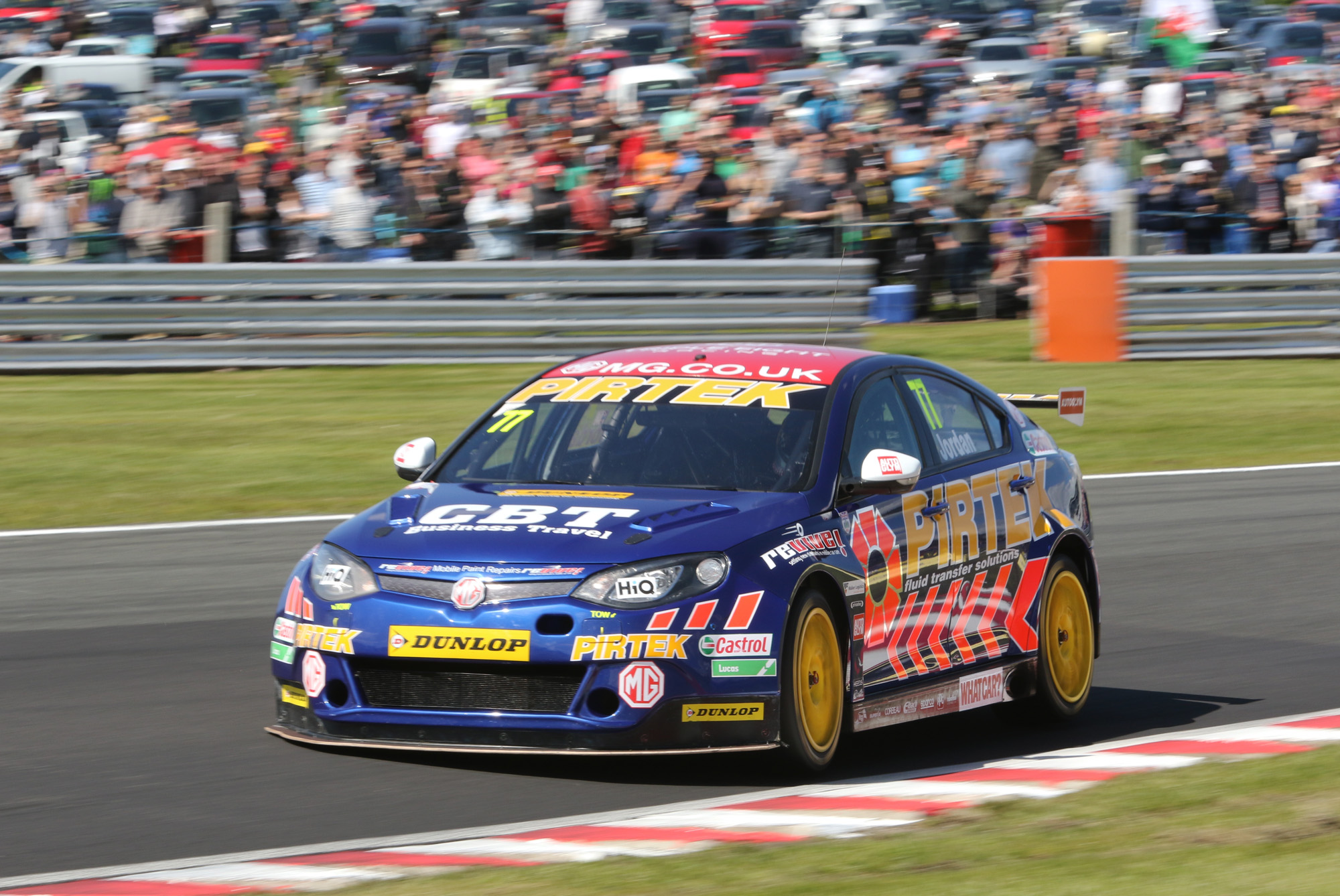 A pair of podiums for Jordan at Oulton Park

Jordan was confident moving into the weekend’s racing at the picturesque Oulton Park circuit in Cheshire, believing he had the pace in the MG6 GT to challenge. With a strong performance in qualifying, Revive!’s driver gained a fourth place start for the first race of the day on Sunday 7th June. “The car has turned a corner and we’ve made good gains. The car felt good during a race run in free practice,” said Andrew.

Opting for the soft tyres in race one, Andrew was able to preserve his fourth place in a race which was stop start after an early collision. Slight progression meant Andrew joined the grid in third place for race two where again he managed to hold down his position finishing third – a second behind winner Jason Plato for much of the race.

In the final race of the day, Jordan was slotted  in at fourth place as a result of the grid draw. After a successful start, Jordan whizzed through to third position early on, leading up to a skilful dual with Neal’s Honda.

After a battle of wits, Jordan was able to work past Neal, then realigning his targets to the race leading BMW of Sam Tordoff. During the latter stages the gap was narrowed to under a quarter of a second however this was not quite close enough to pull the carpet from underneath Tordoff. “I could sniff a win in the last race but I couldn’t quite get to him. Sam was strong in the key areas and had very good traction.” said Jordan.

A strong point scoring weekend for the Revive! sponsored MG. “I’m really quite relieved that we’re where I thought we should be. We’re still not quite there: the Honda and Jason in the VW are one or two tenths quicker, but we’ve got something now that we can fine tune. To keep getting these points’ hauls is really good and we’re firmly in the championship hunt. The top four in the championship are now separated by 13 points. So it’s a good job we’ve been consistent on our tough weekends. I’m really, really pleased.”

Does your vehicle have minor damage? Don’t worry, we can repair it! Revive! offer a convenient solution to vehicle damage, repairing minor damage like bumper scuffs and alloy wheel damage on a mobile basis. Revive! technicians are experts and our repairs come with a Lifetime Ownership Guarantee. If your vehicle has minor damage click here for a quick quote.

If you would like to read up on more of our BTCC news please click here through to our news section.

Have you heard of our BTCC competitions? If you would like to sign up for BTCC hospitality tickets or to challenge Andrew Jordan in the annual Revive! Karting Championship click here.

Category BTCC Tags: Oulton Park
Jordan’s up for the fight at Oulton Park
Frustrations at Croft for Revive!’s Jordan